Our Founders, Our Leaders

HISTORY THEATRE: BIRTH OF AN IDEA
by Lance Belville

Like many very big ideas, it started in one person’s mind. She had a dream. If it wasn’t exactly the “American Dream,” it was certainly an uncharacteristically bold Midwestern one. She had grown up a stage-struck kid on a South Dakota farm and she had never seen a movie, let alone a play, a dramatic TV show or even heard a radio play that dealt with the lives of people she knew, South Dakota or Minnesota lives, middle-American lives. She had an idea, although she did not realize it quite yet, her idea would change all that for lots of people. Starting with herself.

I suppose we should call him a playwright fleeing from playwriting – or so he thought. He was broke after 6.5 years (1971 to 1978), four shows Off-Off Broadway, one Off, in New York. He had resolved to assault Hollywood after a short stint in the fly-over Mini-Apple, refurbishing his screen chops. The small but vital Minneapolis screen industry lived well, producing mostly industrials. He managed to cobble together a living by writing industrials and documentaries and doing a little slightly paid acting. And Lance Belville joined the fledgling Playwrights’ Lab because something in his heart still preferred the live stage to the sound stage.

Playwrights’ Lab Director Tom Dunn alerted him to a woman named Lynn Lohr, who was starting something called the Saint Paul History Theatre. It was sponsored by COMPAS, a community arts organization, where Lohr ran the Poets In The Schools program, best in the nation. But he knew nothing of that.

“What is it,” Belville asked, “blue-haired ladies wanting to do plays in branch libraries?”

Dunn smiled. “Not exactly. They want a playwright-in-residence. Paid. Send ‘em a script.”

The day before Labor Day, 1979, he was called in for an interview in downtown Saint Paul at a place called Landmark Center. From the sound of it, he expected an historic palace. Arriving, it was an old federal post office/courts building in the process of becoming something else. He walked into a large, tiled cortile. The ceiling ricocheted down the buzz-bang of renovation from three stories above. The place was alive with the aroma of promise.

He took the stairs up to the 3rd floor gingerly, imagining the historical parade of the accused and the conniving who faced justice or foiled it in the rim of courtrooms, several of them already transformed into unspecified civic pursuits. He came to the appointed frosted glass door, 218, knocked discreetly but professionally and heard a warm voice say, “Come in.”

He opened the door to a long, thin room – lately a restroom – a desk squatted at the far end in front of a bank of bright windows. Behind the desk sat a beautiful young woman, lifting her reddish brown hair, cooling her neck against the late-summer morning heat coming from behind her. She had to be the most beautiful theatre producer, prospective or prosperous, he had ever seen.

“Lynn Lohr,” she said, “glad to meet you.” In a chair to her right was Kate Houston, her production assistant, with what he would come to know as her customarily efficient face.

Lohr’s plan was to create a theatre that would do new works about Minnesota and Midwestern lives. She explained it would start with Saint Paul, performed as nearly as possible to the place in the state Capitol city where the dramatized events actually happened.

Belville was thunderstruck. He too had grown up, a stage-struck kid in Minnesota, burdened with the same unspoken message all Midwestern kids grew up with at the time: that their lives did not matter enough to be dramatized. She wanted to change that. And he realized in a second she had figured out how to start doing it. He could hardly believe his ears. Now it was not about a job, it was about an idea, the future. There it was!  All laid out in this young woman’s mind!

In the years since, he recalls only two interview questions he knew instantly would allow him to share in that dream or not: “We plan a first season of three plays. Can you research and write that many?” and, “We will have a tight budget; do you think we can build our sets cheaply enough?” 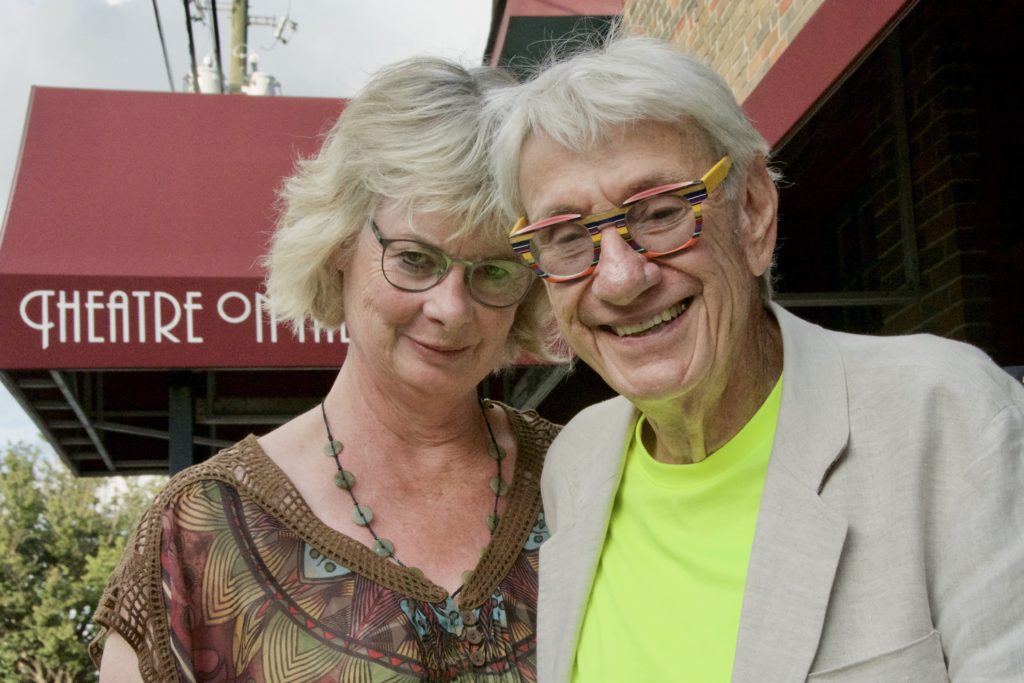 HISTORY THEATRE: BIRTH OF AN IDEA
by Lynn Lohr

Kate Houston and I had read the scripts of a number of playwrights. We liked those of Lance Belville’s the best, especially one about the medieval Pope Joan.

“This is someone who can use history in his work and make it lively.”

When he replied to the question about building sets cheaply with a story of how they had used scrap lumber from a building site in New York City for a show, I thought, “Now, there’s some creativity!”

After he left the interview, I said to Kate, “Call him. Tell him he’s got the job. Don’t make him worry about it all through the Labor Day weekend.”

And the rest is history…theatre.

It has been an honor and privilege to be at the helm of this important organization for the past 23 years. This honor also comes with the responsibility of deciding whose story makes it to the stage. Several years back, I was at a memorial service ‘remembering and honoring the life’ of a St. Paul firefighter, and it struck me – “In many ways, THIS is what we do at History Theatre.” We bring to the stage the story of a person who has made a difference, or should be recognized, or whose actions – for better or worse – have made us think differently about our world. This is the heart and soul of History Theatre and why we have become an important part of our community, state and nation.

Back in the spring of 1995, my first week on the job, I went up to the State Capitol to meet with ‘Skip’ Humphrey, Minnesota’s Attorney General. I asked his permission, advice and support to do a show about his famous father Hubert. His advice: “My dad wasn’t perfect, so tell the story ‘warts and all’.” We did just that when I commissioned Favorite Son: The Humphrey Perspectives. After the opening night curtain, Skip’s 20-something son Buck told me, “I learned more about my grandpa tonight than I ever imagined.” I hoped that was true for a great many other Minnesotans. 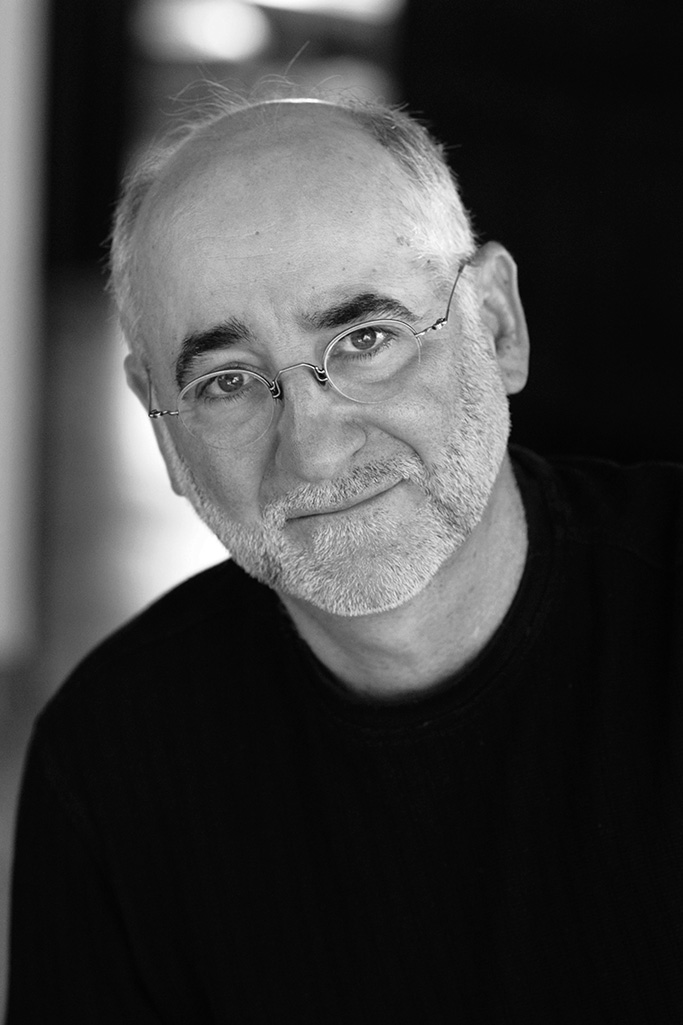 I’ve kept Skip’s advice in mind over the years, as we’ve told countless stories of men, women & children living in a great, yet imperfect, nation that is always striving to become a better and more perfect union – “Warts and all.”

Thank you, Lynn and Lance, for having this brilliant idea 40 years ago to create a theatre that celebrates our collective history.

Thank you all for the incredible support you’ve given all the artists and staff members who have served our mission during these last 40 years and into the future. 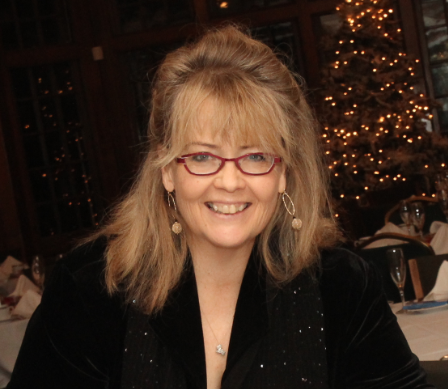