This is the story of Bronislau “Bronko” Nagurski, who played football for the University of Minnesota (“both ways”), earning All-American status in 1929. The play follows his career for more than 30 years, as he bounced from professional football to professional wrestling and back again, eventually becoming one of the first players to be inaugurated into the Pro Football Hall of fame in 1963. 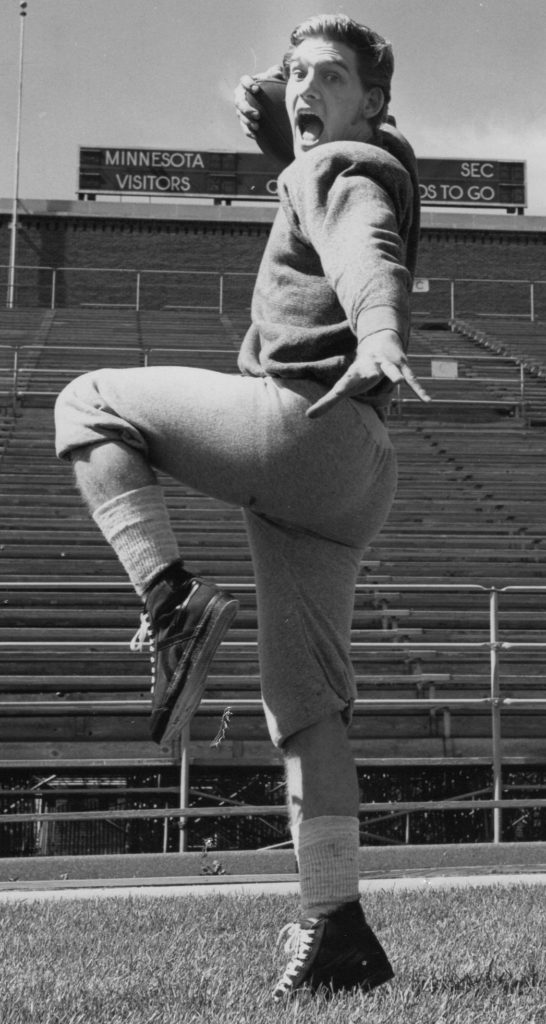 This production was presented at the Weyerhaeuser Auditorium
in the Landmark Center in St. Paul

This play is an investigation into the manners and morals of Prohibition America as seen through the eyes and experiences of the men and women who spent at least part of their lives in and around the then-Federal Courthouse, now known as the Landmark Center, in St. Paul.

Information about this play’s performances is based upon newspaper articles, photographs, advance marketing and advertising material in our archives. Unfortunately, a program for this production, our primary source of data, could not be located. 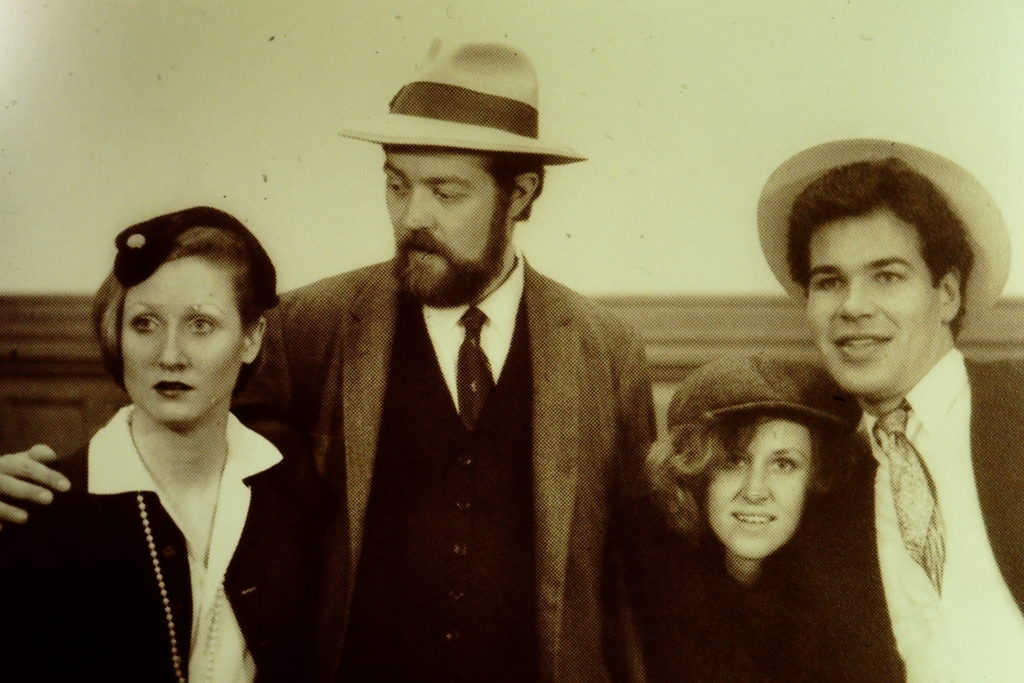 This is a celebration of the holiday season at the beginning of the last century as seen through the eyes of a Jewish servant girl. The play is set in the Warner mansion on Summit Avenue in St. Paul during the early 1900s. 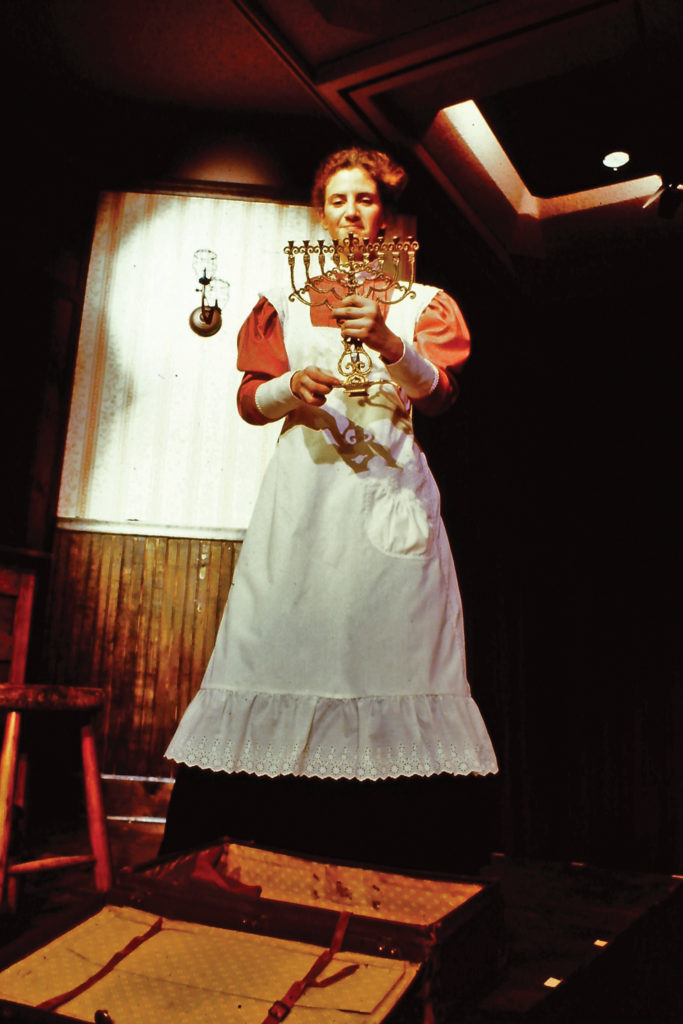 This production was presented at the Weyerhaeuser Auditorium in the
Landmark Center, St. Paul

Lynn Lohr, in a program note about this show, wrote:

“…all of us who enjoy the arts in Minnesota owe Sir Tyrone Guthrie a great deal. He, along with the enlightened community who formed the theatre that bears his name, were participating architects of that ‘quality of life’ of which Minnesotans were so proud…his life speaks to all people who care passionately about what they do and who labor flat out to do things very well. …the play…speaks to all of us who search to find out what we can do best, who try to find our definition and independence from the mentors who shaped our careers, and who seek to find a balance in our lives for work and love.”

The setting of the play is a large Western city in the present day. The people referred to in the play are real; the characters are fictional.

This show was produced in cooperation with COMPAS
(Community Programs in the Arts) and was performed in the
Weyerhaeuser Auditorium at St. Paul’s Landmark Center

This is a humorous play based on the journals of Swedish and Italian immigrants, who wrote about life and intolerance in the Payne-Phalen neighborhood on the east side of St. Paul. The production was staged in the room that once was known as “Courtroom 317” at the Landmark Center in St. Paul.

Program note:  “No character in this play is based entirely on any one specific real-life person. They all embody the experiences and histories of many.” 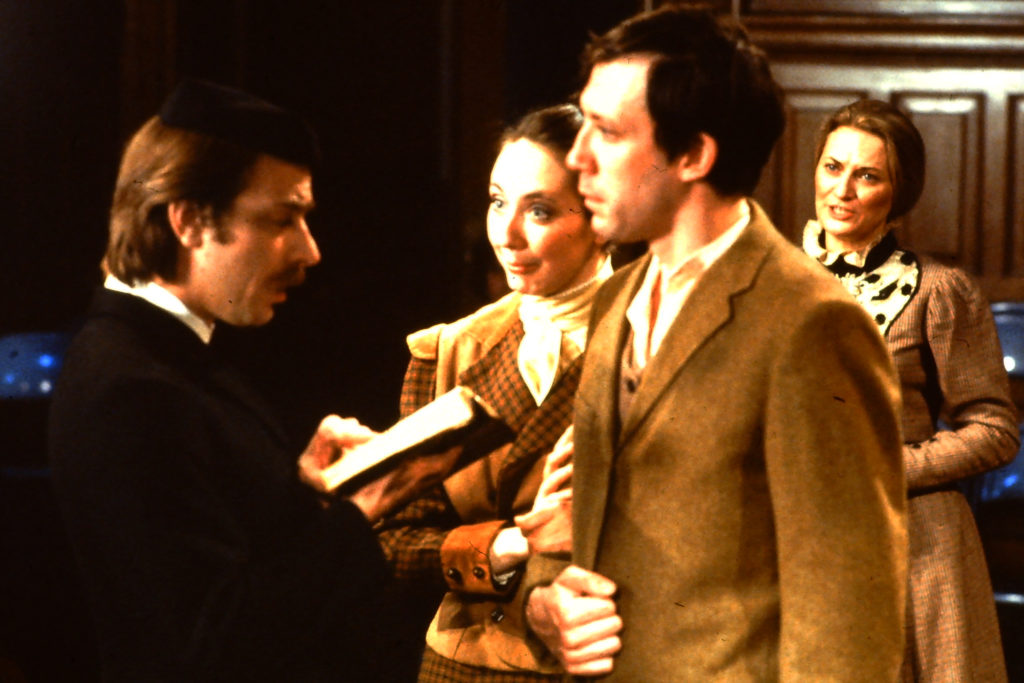