This is the second mounting by the Great American History Theatre of a musical story about the famous, popular and Minnesota-born Andrews Sisters. The action of the play occurs before and after WWII, east and west of Minneapolis. Note that this musical was presented in July, when the company typically did not operate. Nevertheless, it is included in our chronicle of History Theatre offerings as the opening show of the 2003-2004 season.

Musical Numbers
ACT I
Three Little Fishies
Dinah
Near You
Bei Mir Bist Du Shon
Well All Right! (Tonight’s The Night)
Hold Tight-Hold Tight
As-cent-tchu-ate The Positive
I Love You Much Too Much
Norwegian Lullaby
Beer Barrel Polka (Roll Out The Barrell)

ACT II
Six Jerks In A Jeep
Corns For My Country
All I Want For Christmas Is My Two Front Teeth
Rum And Coca Cola
Don’t Sit Under The Apple Tree (With Anyone Else But Me)
I Can Dream, Can’t I?
I’ll Be With You In Apple Blossom Time
Boogie Woogie Bugle Boy
The Woody Woodpecker Song
Carmen’s Boogie
Count Your Blessings

This play tells the story of Don Stoltz, who created the popular childrens’ TV show for WCCO television in Minneapolis. “Axel & His Dog”, which was aired between 1954 and 1966, did more than entertain upper-Midwestern kids; it shared a story about growing up and all of the highs and lows of life that accompany it. 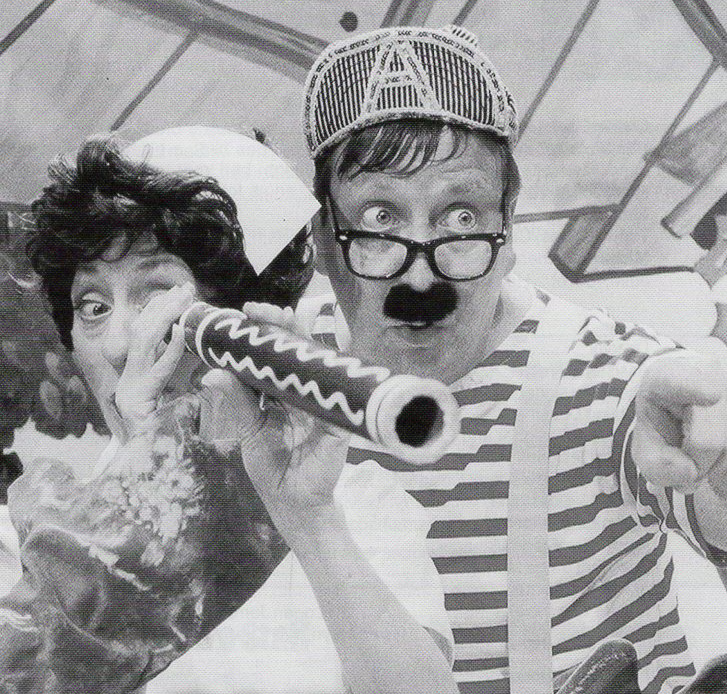 Comment
I am so proud to have been able to experience History Theatre up close and personal these past 23 years alongside my husband, Ron Peluso. Occasionally, I’ve been able to steer him toward an article in the newspaper or a fascinating documentary whose subject has ultimately become an amazing production.

Ron’s singular goal to tell “real stories about real people,” has led to countless “History Theatre Moments,” as we call them. Serendipities, fortuitous encounters, “you’ll never believe what just happened” instances, which are always moving and always uniquely History Theatre. For example, the 82 year-old Orphan Train rider from Albert Lea stepping up on stage to hug the cast during the opening night curtain call; General Vang Pao’s fully armed body guards sitting in the front row during Hmong; Birth mothers lining up in the lobby to write their own stories in a journal after seeing Watermelon Hill; Bobby Vee’s close friend and veteran Broadway lyricist, Tim Rice, flying in from London to see the musical, Teen Idol, days after Bobby has died. Then there was Let Heaven and Nature Sing, which inspired legislation to name the unmarked graves at the former state mental hospital in Faribault, and Tomboy Stone, which galvanized park officials to dedicate a baseball field at St. Paul’s Central High School.

Every time I sit in the audience, I’m joined by countless family members, veterans, babysitters, co-workers, friends and neighbors of the people whose stories are being brought to life onstage so beautifully. Each time I am touched, inspired and motivated by their stories. That personal connection with a play doesn’t always happen for me in theatre, but it happens every day at History Theatre.

I am so proud of Ron’s compassion for the work, his desire to create great art and for his unending determination to tell these stories that need to be told.

This is a musical celebration of the holiday season in a St. Paul mansion at the beginning of the last century, as seen through the eyes of a Jewish servant girl. The play is set in the Warner home on Summit Avenue in St. Paul during the early 1900s. 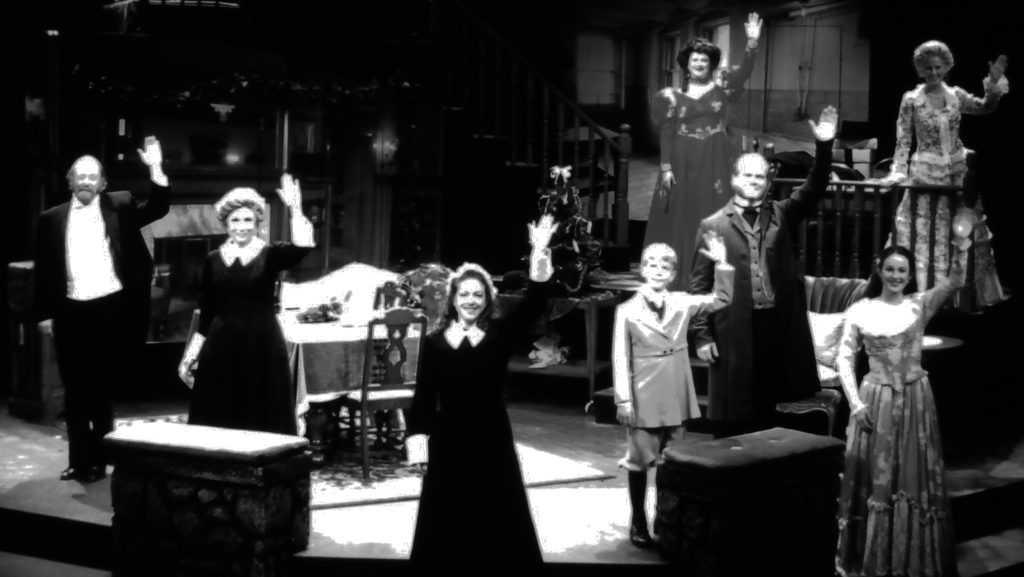 Note:
Words & music for “Where Did You Get That Hat?” by Joseph J. Sullivan
German lyrics for “‘Twill Soon Be Christmas Day” by Lisel Mueller

Storyteller Jim Stowell celebrates the life of a living legend in this dynamic and inspirational new work, which explores the life of an amazing Minnesotan. From his remarkable work in the civil rights arena to his dogged fight to save inner-city neighborhoods, Joe Selvaggio’s determination to help those in need has changed the history of the Twin Cities. A former Catholic priest, Joe is never one to shy away from a fight. As the founder of Project for Pride in Living, The One Percent Club and MicroGrants, he brought new life and new hope to the impoverished and forgotten neighborhoods of Minneapolis and St. Paul. 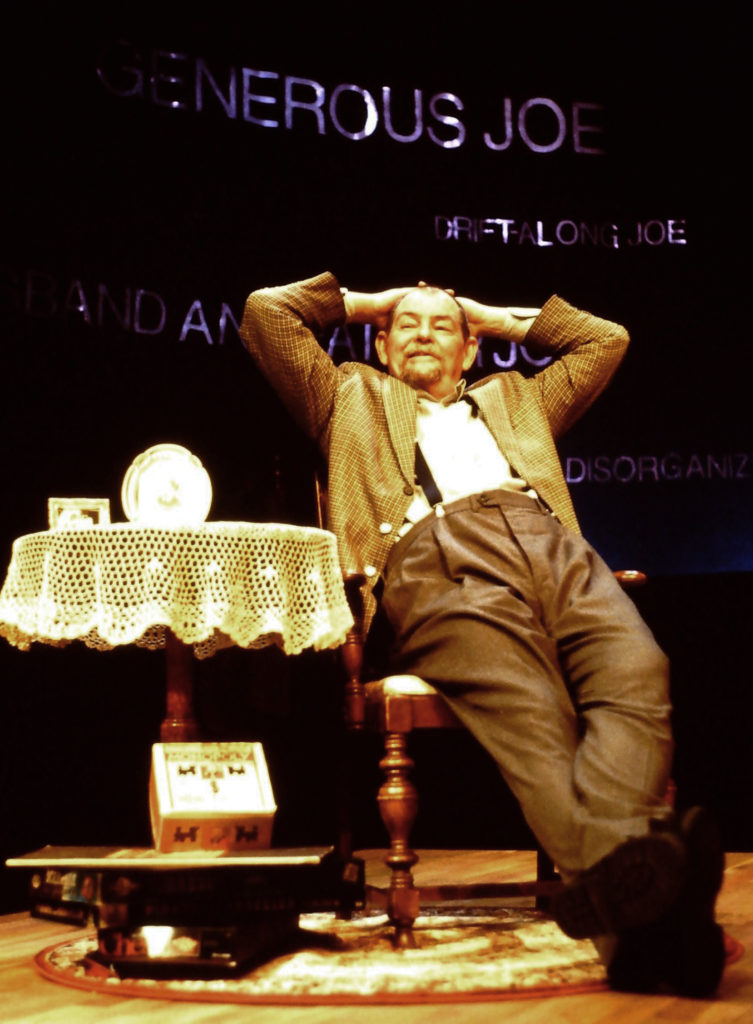 Hiding in the Open
March 27-April 25, 2004
By Kira Obolensky, based on the memoirs of Sabina Zimering

This is the story of how a Polish-Catholic family helped a brave Jewish teenager and her sister obtain false identification papers during WWII. After escaping from a Polish ghetto, and posing as Catholics, the girls moved into the lion’s den – Germany. There, Sabina worked for several years at a posh hotel, surrounded by Nazi officers. The time of the play is set between 1939 and 1945. 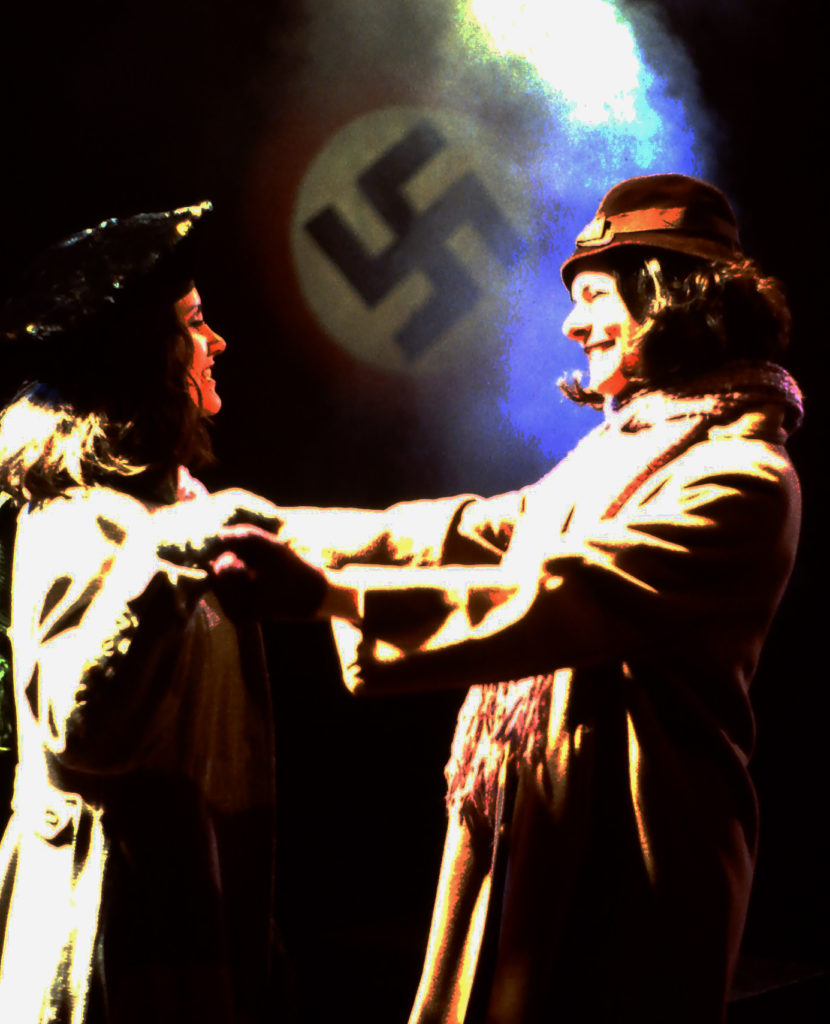 Tuesdays with Morrie (Regional Premiere)
May 8-June 20, 2004
By Jeffrey Hatcher and Mitch Albom

This play is a theatrical adaptation of Mitch Albom’s popular book, which autobiographically recounts his remarkable commitment to travel from his home in Michigan each Tuesday to visit his favorite college professor, who is dying from ALS in Massachusetts. The play, performed in one act, is set in 1995 in Boston, Detroit and other locations. 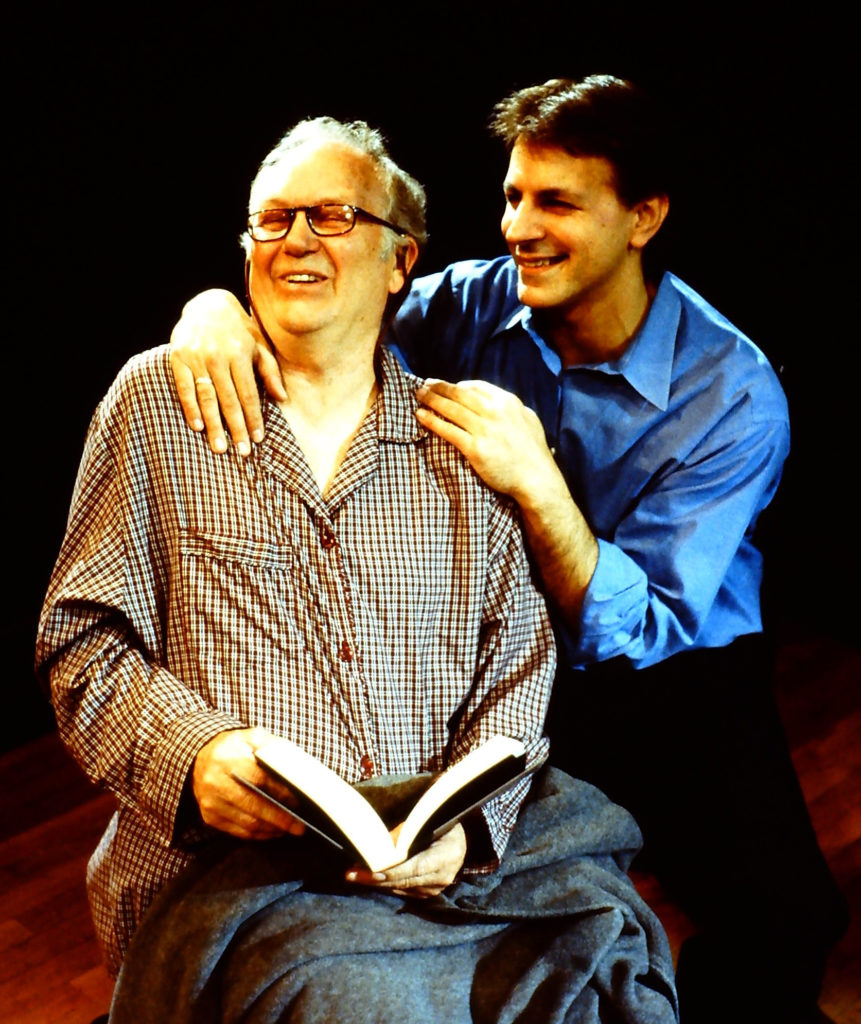