It’s December 5, 1933 – the night before the end of Prohibition – and St. Paul’s most famous speakeasy is jumping! 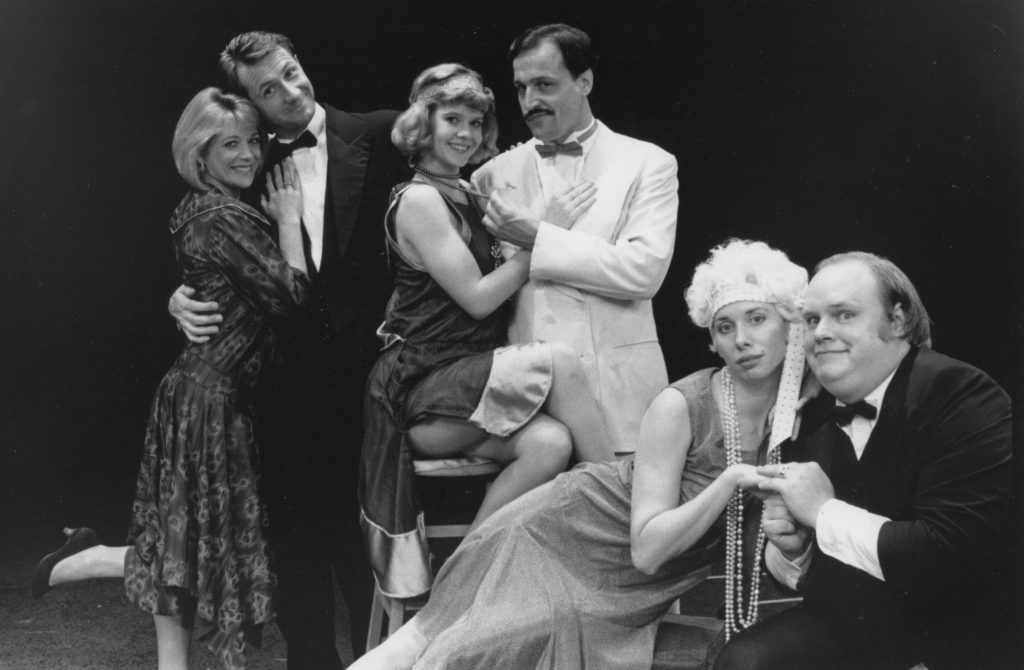 What’ll We Do on a Saturday Night When the Town Goes Dry? – The Company
Goodbye Hollyhock Nights – The Company
There is No One with Endurance Like the Man Who Sells Insurance – Nylahmae, Avalon & Company
You Cannot Make Your Shimmy Shake on Tea – Corrine & Archie
Everything is Hotsy Totsy Now – Nylahmae & Men
Hello, Lemonade – Archie, Jack & Koki
The Alcoholic Blues – Forrest with Avalon & Nylahmae
Dancing Off the Volstead Blues – Avalon
If I Meet the Guy Who Made This Country Dry – Koki & Company
Save a Little Dram for Me – Corrine & Company
The Cop on the Beat, the Man in the Moon, and Me – Koki
Medley (Reprise): Everything is Hotsy Totsy Now – Nylahmae; Dancing Off the Volstead Blues – Avalon; Alcoholic Blues – The Company
Alcoholic Blues (Reprise) – Koki & Forrest

This play was commissioned by the English Department at St. Cloud State University and served as the centerpiece for their national conference on Lewis in February of 1985. 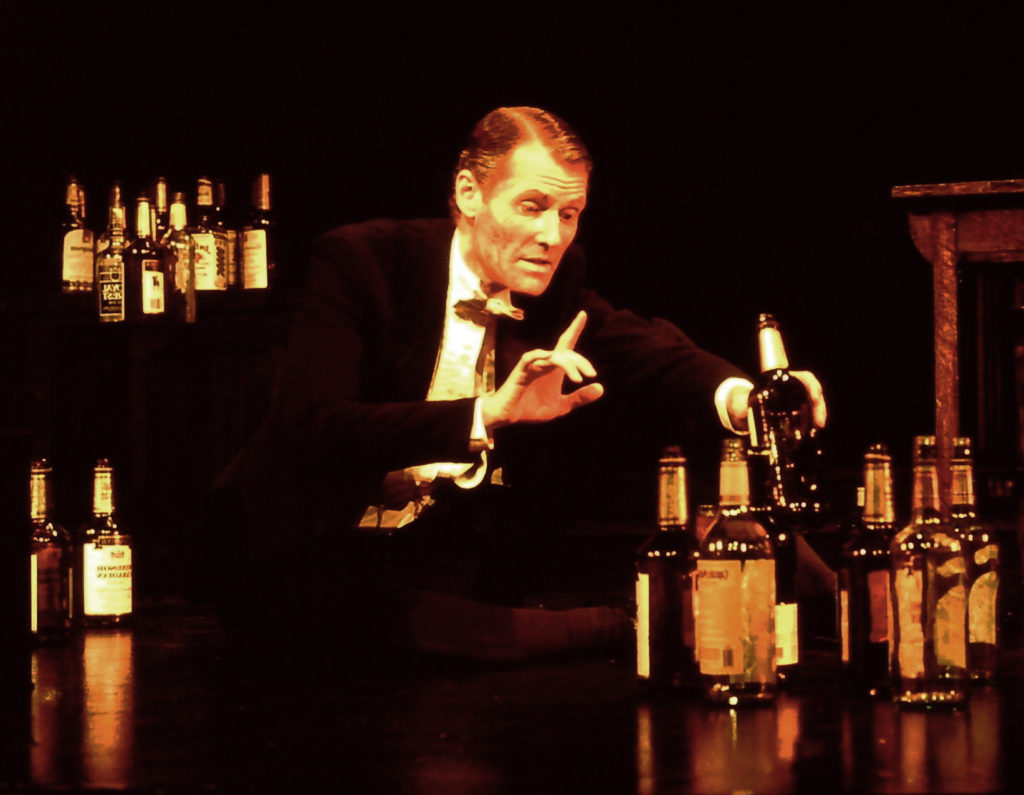 This is a story about the Christmas celebration in a St. Paul mansion at the beginning of the last century, as seen through the eyes of a Jewish servant girl. The play is set in December at the Warner home on Summit Avenue in St. Paul during the early 1900s. 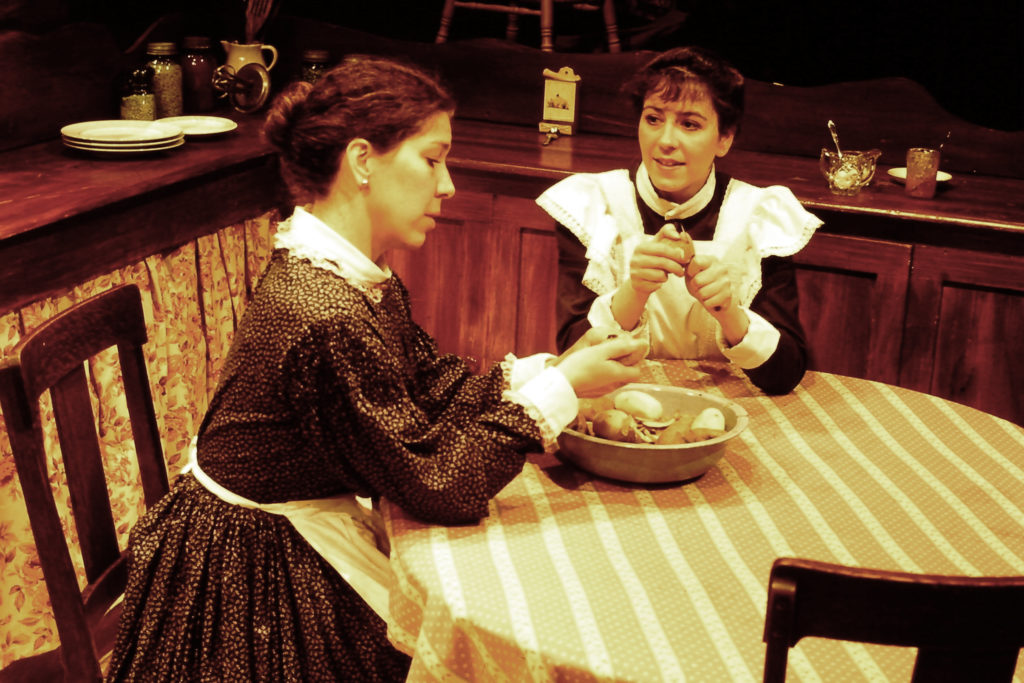 This production was presented at the Women’s Club of Minneapolis

Note: The observation tower was built by Scout Troop 100 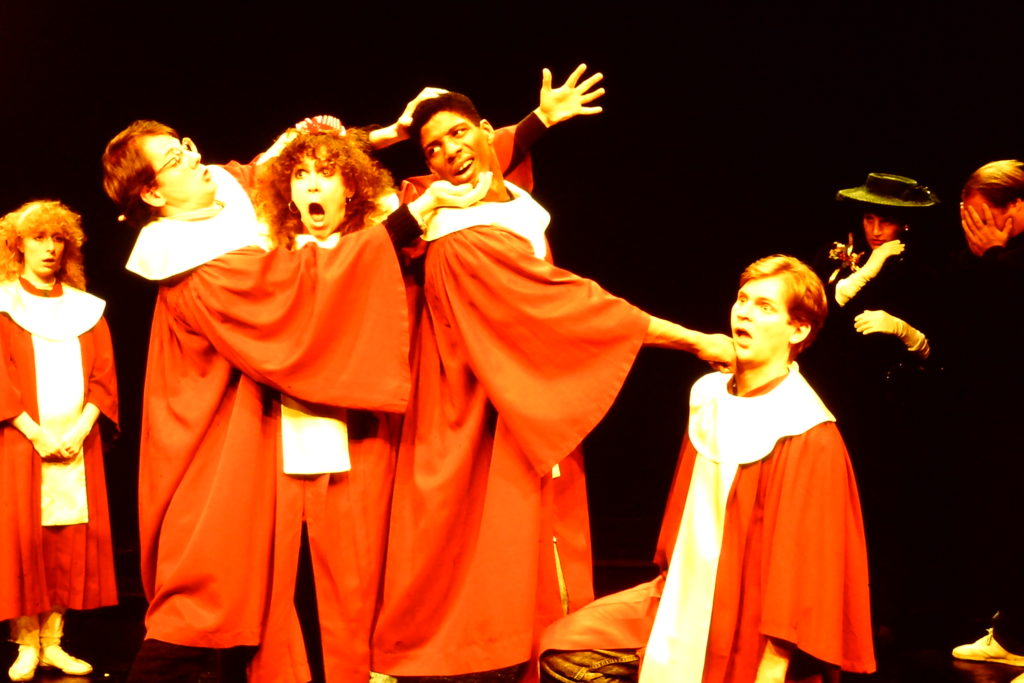 The Meeting
January, 1991
(in repertory with The Life and Times of Deacon A.L. Wiley)
By Jeff Stetson

The Life and Times of Deacon A.L. Wiley
January, 1991
(in repertory with The Meeting)
By G. Travis Williams

Selkirk Avenue is Winnipeg’s Rice Street. Although most of us have never set foot on that street in Canada, we will recognize it immediately, because the similarities between the two locations and the people who live in both places is undeniable.

A musical about the 1916 miner’s strike of the International Workers of the World (IWW), or “Wobblies,” in Minnesota’s Iron Range. Miners from Southern and Eastern Europe struggle with the challenges of a new life in a new land to dig the riches of “Mesabi Red” ore from Minnesota soil. The time is April through November of 1916; the places include Duluth and the towns and mining locations on the Minnesota Iron Range.

Information about this play’s performances is based upon advance marketing and advertising material in our archives. Unfortunately, a program for this production, our primary source of data, could not be located. 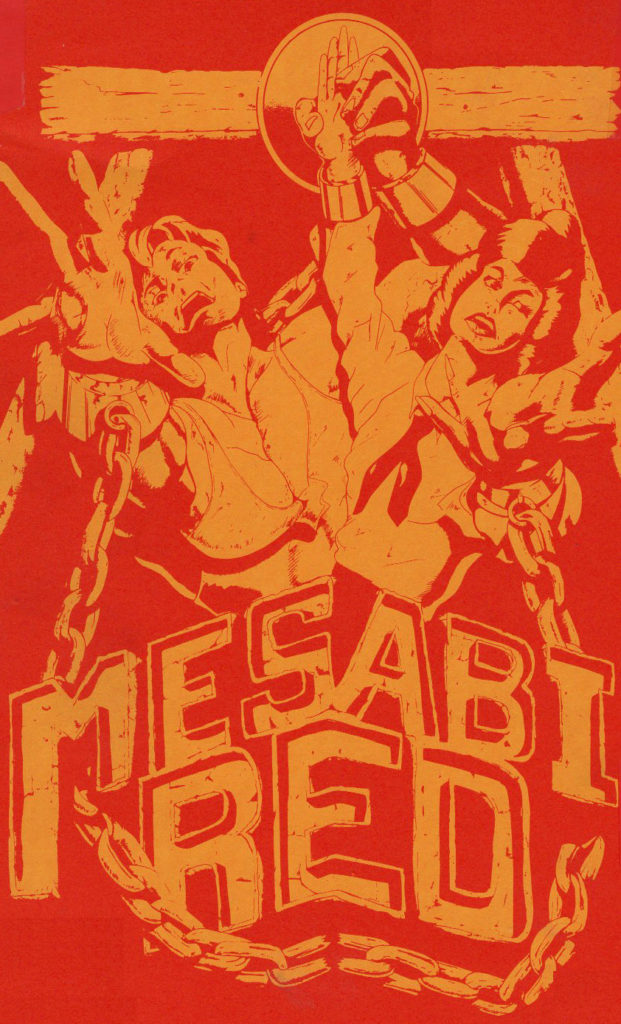 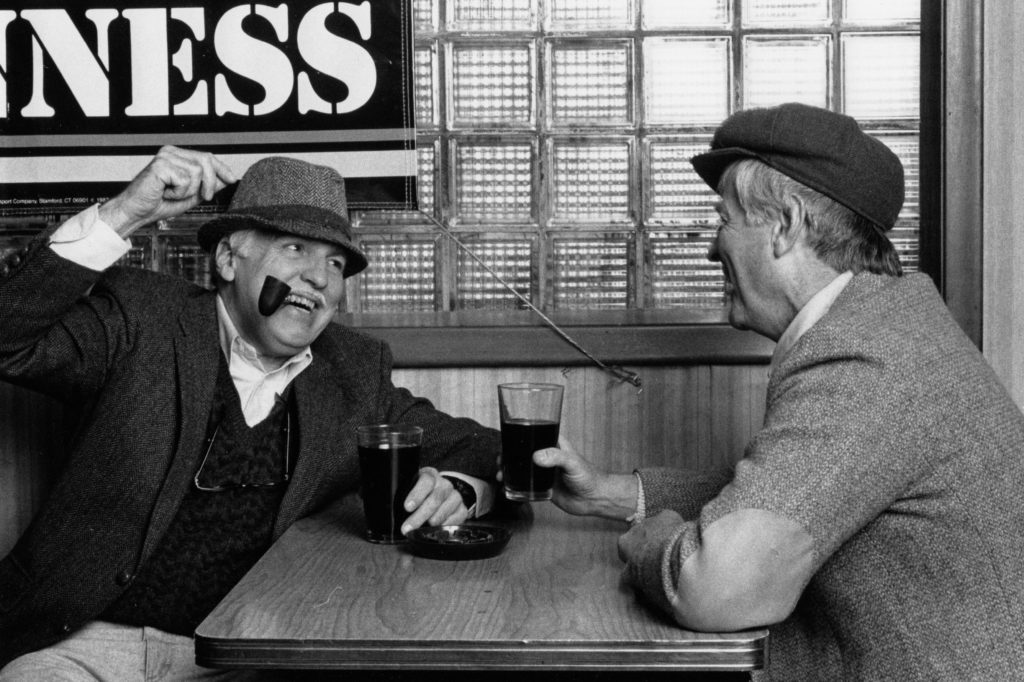