Lombardi
October 6-November 4, 2012
By Eric Simonson
Based on the book, When Pride Still Mattered by David Maraniss

This play tells the story of Vince Lombardi, famous football coach of the Green Bay Packers. Lombardi was a coach of players, but he was also a coach of coaches. Passionate and spirited, he demanded discipline from those he trained, and he would not tolerate racial, ethnic or sexual prejudice. He passed his values on to thousands of people during his career, and those thousands influenced thousands more, both on and off the field. So here we see Lombardi as a powerful, dynamic man; though he was also hardly perfect, he made a difference in the lives of countless Americans. The action of the play occurs in November of 1958, 1959, 1964 and 1965 in New Jersey, Green Bay and various locations. 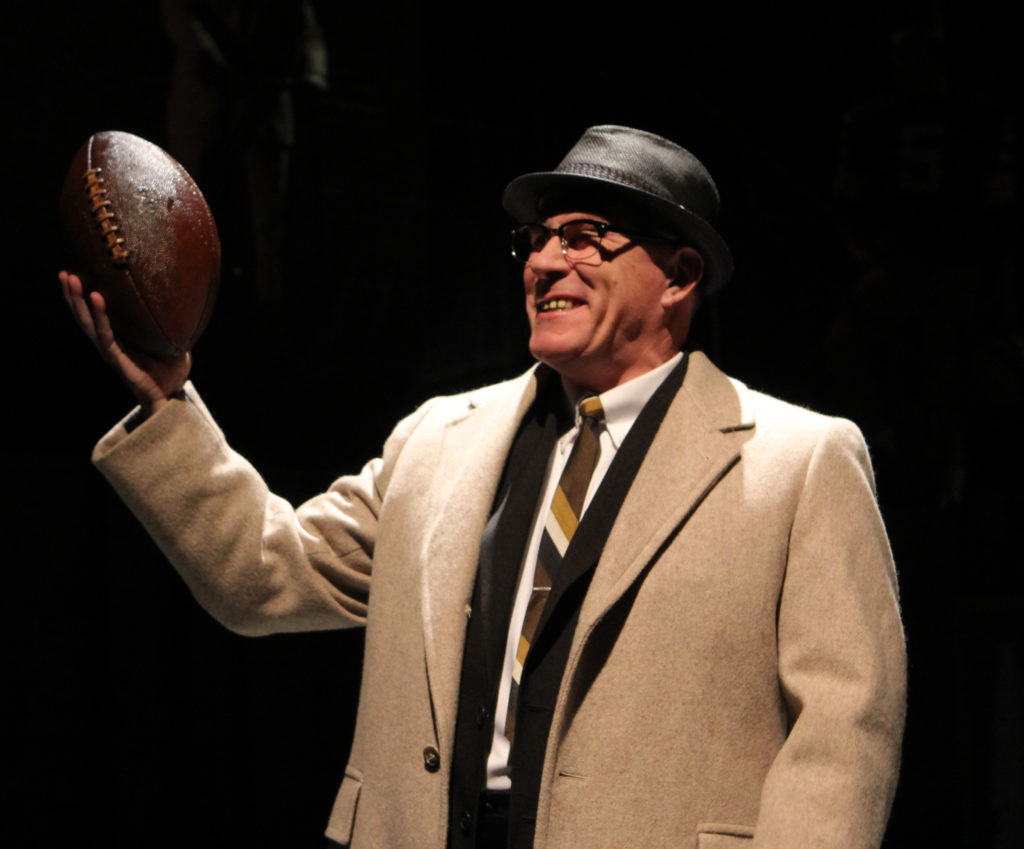 A story about the extraordinary efforts on the part of the popular, prolific and Minnesota-born Andrews Sisters to bring their music to service personnel all over the world during WWII. They were the sweethearts of America’s Armed Forces Radio Service during that period, and they worked tirelessly to bring some R&R (rest and relaxation) to soldiers. The play is set in a New York City Rehearsal Space on December 24, 1944.

Nellie Stone Johnson was a businesswoman and activist for civil rights and workers’ rights in Minnesota. Dedicated to education as a means for improving workers’ lives, she began working in politics and in civil rights organizations in the 1930s. She continued that work, receiving recognition for her groundbreaking efforts, from groups across Minnesota and the nation until her death in 2002. The story is set in Minneapolis; the action of the play is drawn from Nellie’s memories in the 1920s and 1930s. 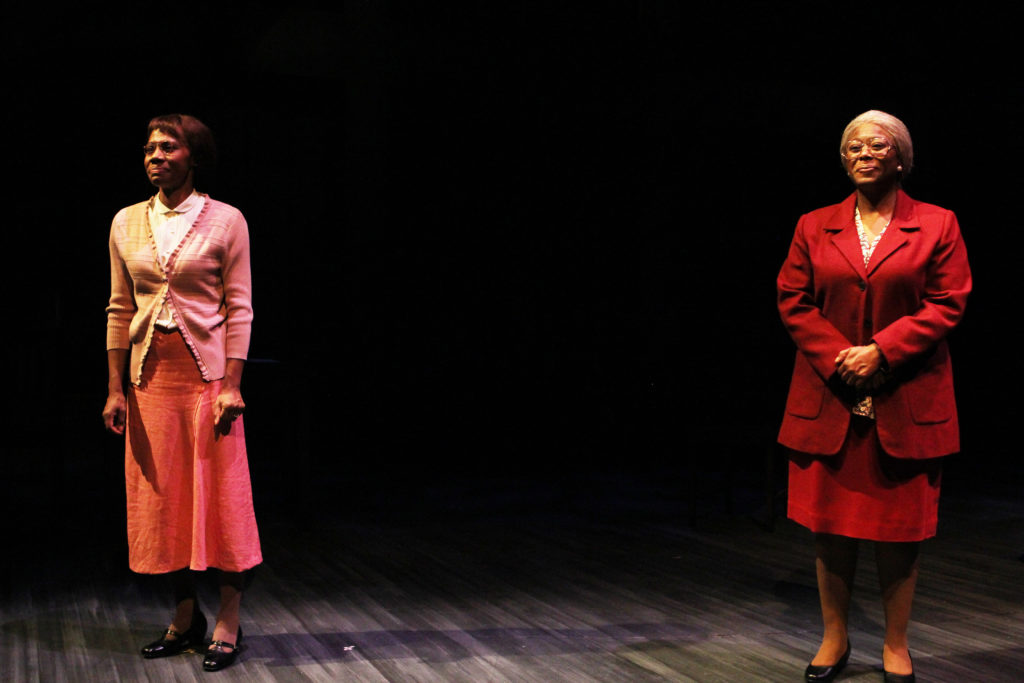 This production follows Minnesota natives Supreme Court Chief Justice Warren Burger and Justice Harry Blackmun, lifelong friends whose strong bonds are tested by the momentous decisions before them, including Roe v. Wade. Burger and Blackmun were best friends growing up in the same St. Paul neighborhood, and remained close despite their differing career paths, not to mention their often conflicting personal and political ideologies. But when Richard Nixon appointed them both to the highest court in America, they found themselves at odds over some of the most controversial legal cases in American history. 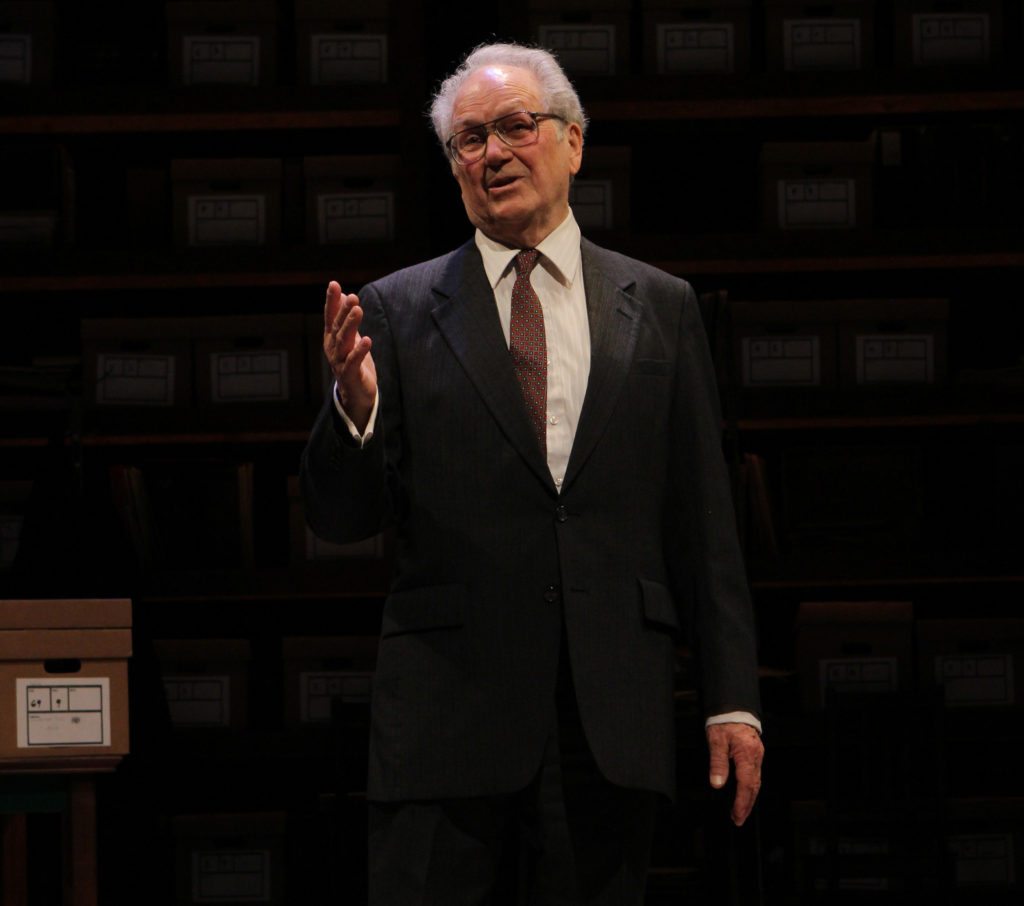 Comment
The play [Courting Harry] wasn’t commissioned by History Theatre, but by a New York producer. That commission sort of drifted away when the producer suddenly passed away a year or so later.

Still I completed the project anyway, revising it several times, since I liked the script & it was on a subject involving Minnesota, my home state.

I had the play read publicly at the Playwrights’ Center [in Minneapolis], and that’s how Ron Peluso first encountered it. He offered to produce the play at History Theatre, & that led to our extremely rewarding world premiere there.

Ron didn’t like the play’s title, so I came up with its current title, which he loved.

Joel Sass directed the play brilliantly with an excellent cast, & frankly I couldn’t have been happier with the result. I’m very fond of the play, & I treasure the chance it gave me finally to work with History Theatre.

Ron’s been a joy to work with as a producer. I felt incredibly well supported throughout the production.

I’m happiest that In choosing Courting Harry, Ron prevented a play that I was very proud of from being overlooked. It had become an orphan to an extent, with the death of the initial producer—a fate it didn’t deserve. The strong critical response to the play at History Theatre is testimony to that fact.

This musical tells us about the turbulent lives of F. Scott and Zelda Fitzgerald, a talented couple who acquired fame and wealth in their early 20s during a time of great change in American society. Their fast-paced and tumultuous rush toward happiness was sidelined by alcohol, jealousy and emotional instability. The play is set in 1940. The place is a sanatorium and in Zelda’s memory. 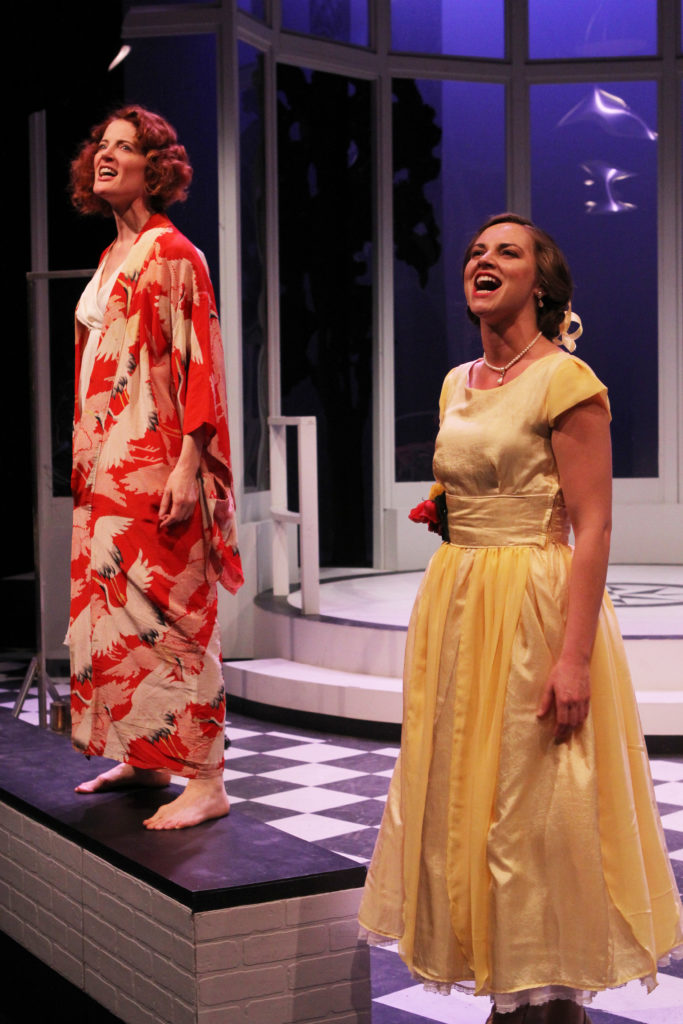