Scandal sheets and yellowdog journalism in Minneapolis sparked a national furor and the country’s most famous Supreme Court ruling on First Amendment rights. The play is based on a 1931 US Supreme Court case, Near vs. Minnesota, and eavesdrops on newsroom shenanigans of two sleazy journalists in 1920s Minneapolis. Newspaper editor Jay Near and his muckraking publisher and friend Howard Guilford malign a variety of Minnesota public officials. Ready to take on the journalists is County Attorney and soon-to-be Minnesota Governor Floyd B. Olson. 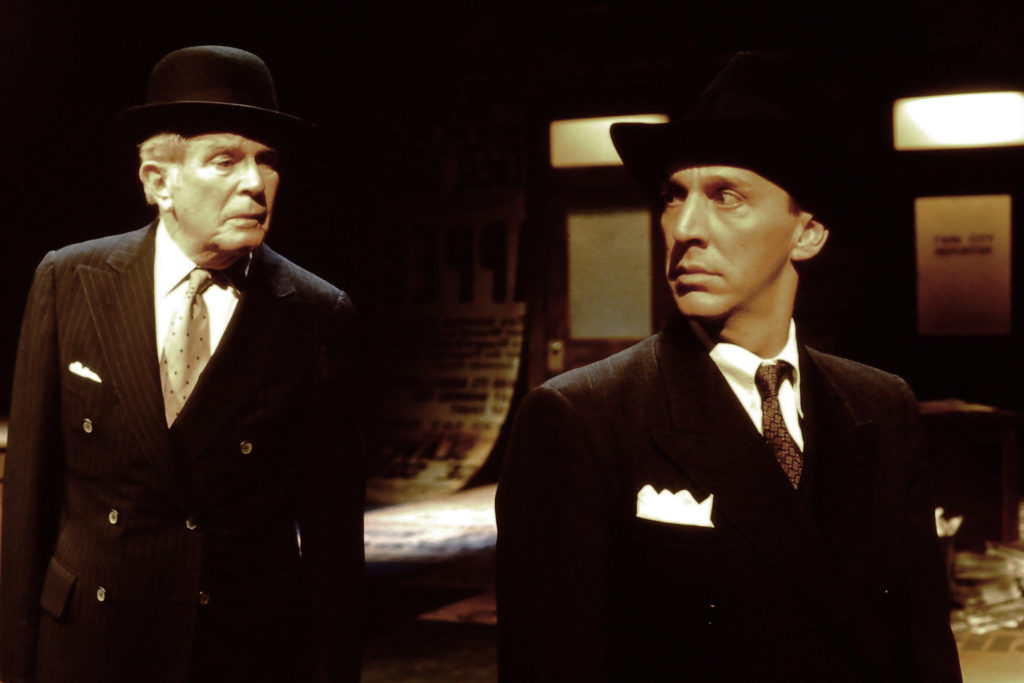 Comment
As a newspaper critic, I wrote reviews of History Theatre productions during its first decade. And then, after returning to being a reporter, I had the unique experience of writing a handful of plays that were staged by History Theatre during its second decade and later.

When everything works and the product is great, there’s sense of relief, pride and joy, along with a bit of mystification. How did we do it? When things don’t work out, newspaper and theater people shrug off their wounds and continue on. There’s always a new story to tell.

The History Theatre people took quite a chance with me. I wrote my scripts like a reporter on a deadline — the deadline being opening night. I wrote and rewrote during rehearsals, sometimes scrapping whole scenes or changing the entire direction of the shows. Actors came to dread my arrival with new pages for them to learn. On one occasion during the final week of rehearsal for one of my shows, director Ron Peluso took me out into the theater lobby, shook a new scene I had written and exclaimed, “What in hell are you trying to do here?”

“I’ll figure it out by tomorrow,” I said.

In the end, that scene worked. Ron and the actors made it work. In retrospect, it was gloriously fun. Lance Belville once observed: “There’s a reason why they use the word ‘play’ to describe what we do.”

History Theatre, which specializes in pulling the past into the present, gave me the chance to play. Thanks.

Through The Wheat (World Premiere)
October 26-November 17, 1991
Adapted by Thomas W. Olson from the Novel by Thomas Boyd

The story of United States Marines defending Paris in the summer of 1918 during the bloody, month-long Battle of Belleau Wood. The title refers to a wheat field 40 miles from Paris where the Marines made a stand to stop the German columns advancing on Paris. Advancing through a quarter-mile-long field of wheat, three companies of the Third Battalion, Fifth Marines approached a French hunting preserve to the north of the Marne River called Belleau Wood – and entered their greatest battle since America declared war against Germany. 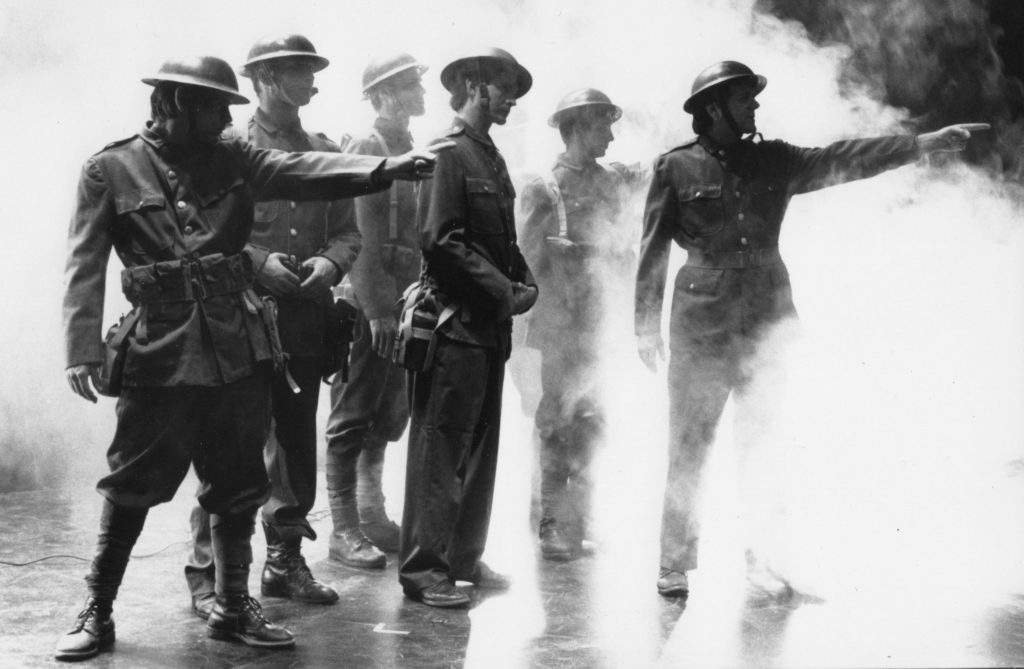 Based on Dickens’ A Christmas Carol, the authors re-set the plot to Eureka Springs, Minnesota in the middle of the Great Depression and re-named characters as a study in the politics of economic selfishness. Then they added heel-kicking country music. The play begins after the 1936 re-election of Franklin Delano Roosevelt.

The Meeting
January, 1992
(in repertory with The Life and Times of Deacon A.L. Wiley)
By Jeff Stetson

The approximate timing of this play’s performances and other information is based upon advance marketing and advertising material in our archives. Unfortunately, a program for this production, our primary source of data, could not be located.

The Life and Times of Deacon A.L. Wiley
January, 1992
(in repertory with The Meeting)
By G. Travis Williams

The approximate timing of this play’s performances and other information is based upon advance marketing and advertising material in our archives. Unfortunately, a program for this production, our primary source of data, could not be located.

Irish Stew, or The Irish and How They Got That Way
February 6-March 1, 1992
By Frank McCourt

A raw, raucous and raunchy personal experience rendered into a vivid document of social history almost as a matter of psychic survival. This one-actor show (with many characters) is a kind of political cabaret of the heart. The author and actor in this production is best known as the author of the novel Angela’s Ashes, which served as the foundation for a major motion picture

The songs in the show are traditional Irish & Scottish songs and English music hall songs. The final song, “Green Groves of Erin”, was written by Sean O’Driscoll. 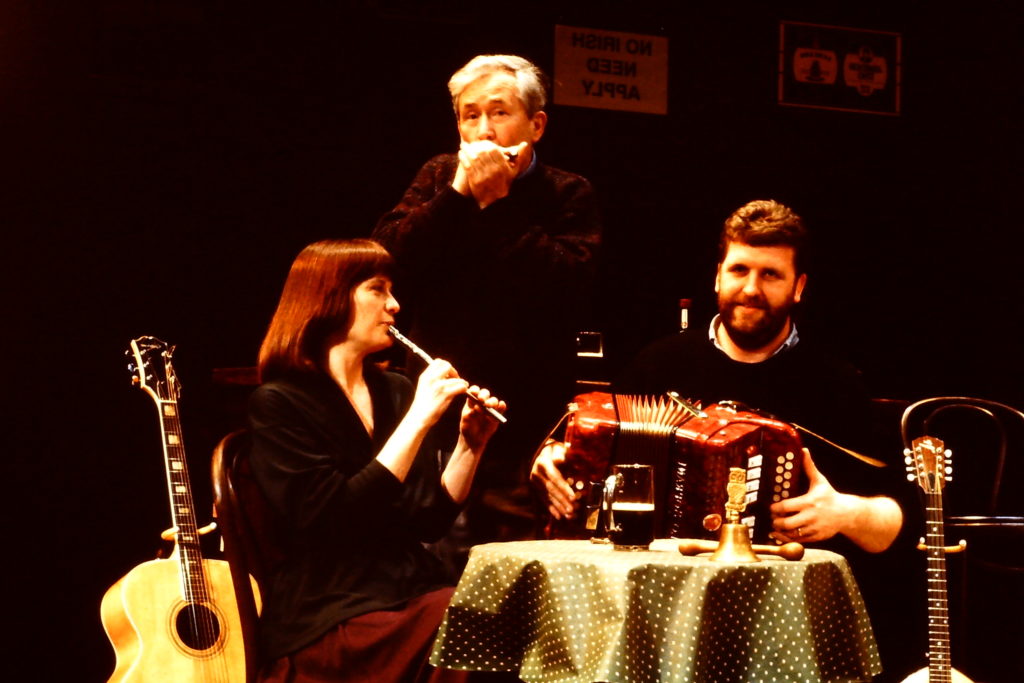 Swedish songs, stories and ritual, as presented from vaudeville stages from 1915 to the 1930s by actor Hjalmar Peterson, playing the role of Olle I. Skratthult. 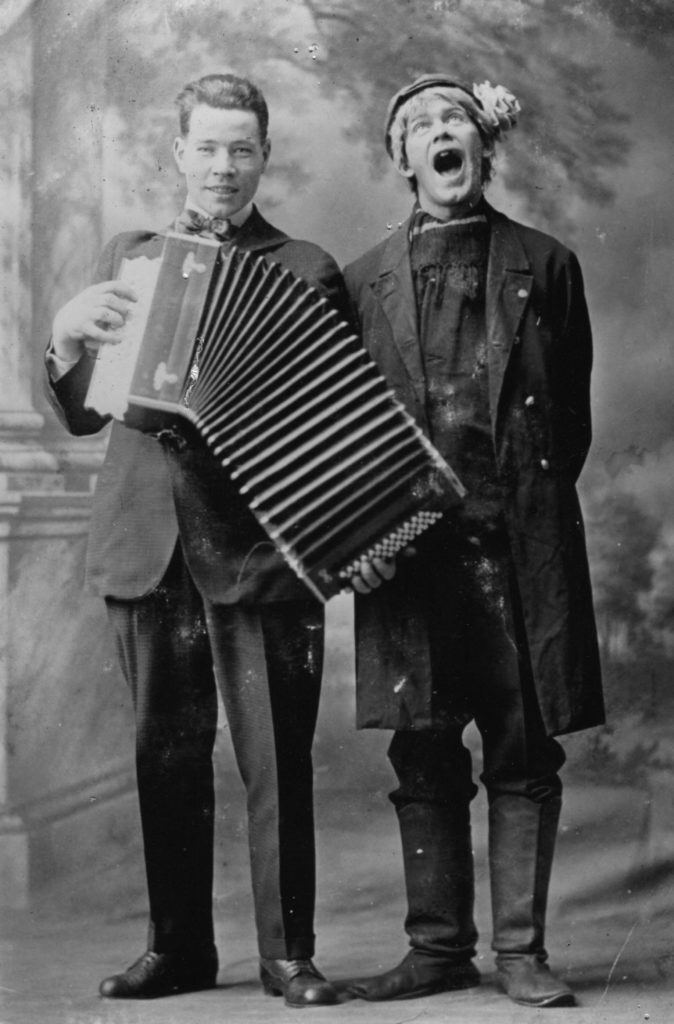 Based on a book of poems by Barton Sutter. Voiced for the theater by Lance Belville and Bart & Ross Sutter.

A staging of poems, based on two books of Zaryski’s poetry: Roughstock Sonnets and The Makeup of Ice. Arranged for the theatre by Lance Belville, Paul Zarzyski & Stephen DiMenna

The Poems (in order)
Blue-Collar Light
Riding Double:  16 & Beating The Heat
The Bucking House Moon
Luck Of The Draw
How The Lord Throwed-In With Mom To Make Me Quit The Broncs
Partner
Call Me Lucky
Hunting
Staircase
All This Way For The Short Ride
Words Growing Wild In The Woods