During this season, History Theatre founder Lynn Lohr fulfilled a long-held desire to enable the organization to grow its audience size and produce seasons that offered more plays. That happened in April of 1988, when the staff moved History Theatre operations to its current home, the Crawford Livingston Theatre at 10th and Cedar Streets in St. Paul, then in the annex of the Science Museum, which had built and moved to a new structure on Kellogg Avenue in St. Paul. One notable fact about the Crawford Livingston Theatre is that it was designed by Ralph Rapson, an architect who also designed all four of the theatres in the Rarig Center in Minneapolis, home of the University of Minnesota’s theatre department, and the original Guthrie Theatre. By the time the 88-89 season began, the staff had Crawford Livingston all shined up and ready to go.

This is an account of the effects of the cholera epidemic of 1849 on the citizens of the town of Dorchester, England over 30 years of time. Founder, Producer and Co-Artistic Director Lynn Lohr reports that she had read about “promenade theatre” (the British genre out of which Entertaining Strangers was born), so she and Founder, Playwright in Residence and Co-Artistic Director Lance Belville went to London to see additional examples of promenade theatre. While in London, they also attended David Edgar’s adaptation of the genre at the National Theatre, which featured Timothy Piggott-Smith and Dame Judith Dench. Impressed by their experiences, they negotiated the rights for History Theatre to offer the first production in America of Mr. Edgar’s play.

In addition, David Edgar flew to the Twin Cities to see final rehearsals and the American Premiere of Entertaining Strangers. 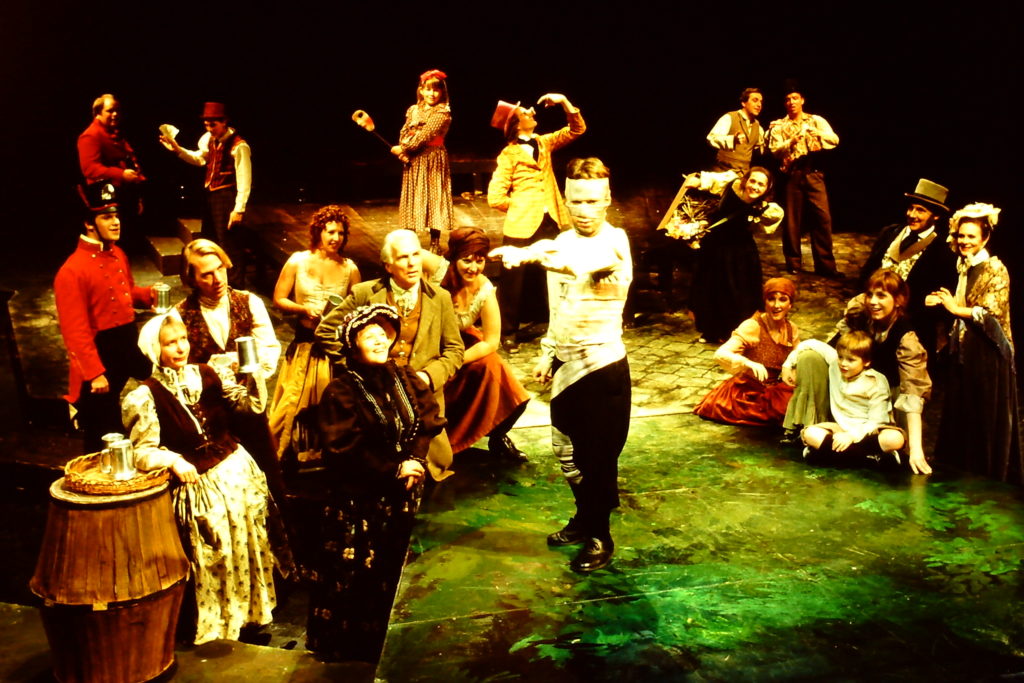 This is a series of stories based on Christmas letters deposited in the archives of the Minnesota Historical Society.

Tree of Memory by Lance Belville
The Man – Bruce Owen 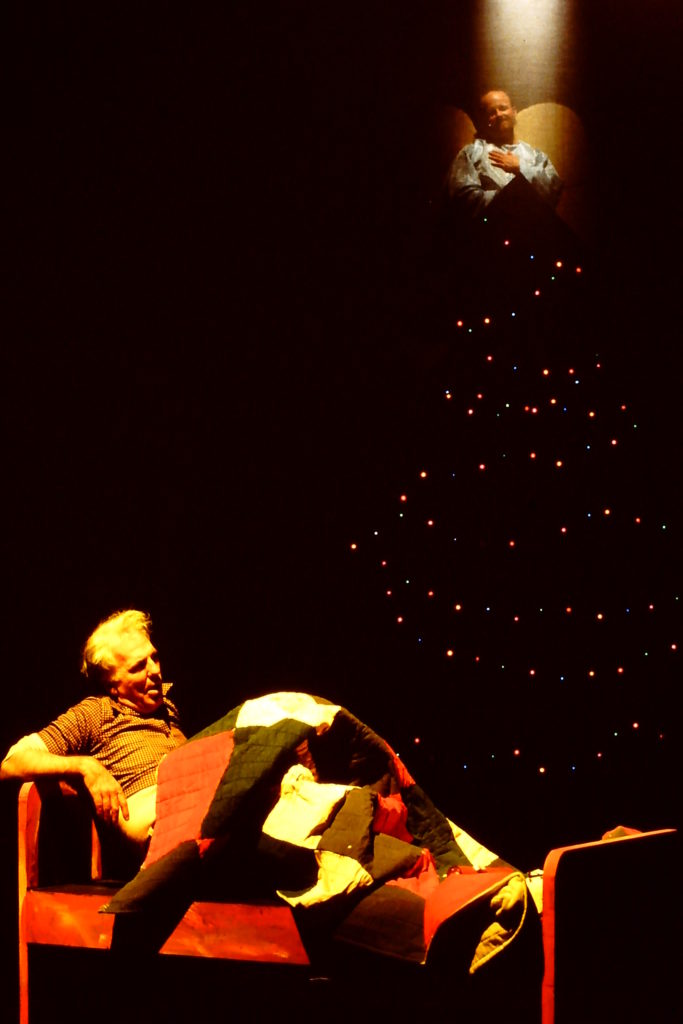 A Servants’ Christmas
December 1-December 23, 1988 (in repertory with Tree of Memory)
By John Fenn

You Can’t Get to Heaven Through the USA
January, 1989
By Lance S. Belville

A humorous play based on the journals of Swedish and Italian immigrants, who wrote about life and intolerance in the Payne-Phalen neighborhood on the east side of St. Paul.

Observe the Sons of Ulster Marching Towards the Somme (World Premiere)
February 25-March 19, 1989
By Frank McGuinness

Eight Irishmen go off to France to almost certain death in WWI. On July 1, 1916, more than 60,000 soldiers of the British Empire died on that day alone. The most cynical and intelligent of the eight Irishmen survives and summons his fellows back like ghosts to show how and why each prepared for battle as if he were re-fighting the Battle of the Boyne. That battle occurred in Ireland between Protestants, who won, and Catholics on July 1, 1690. It is still celebrated by Irish Protestants annually on July 12th. 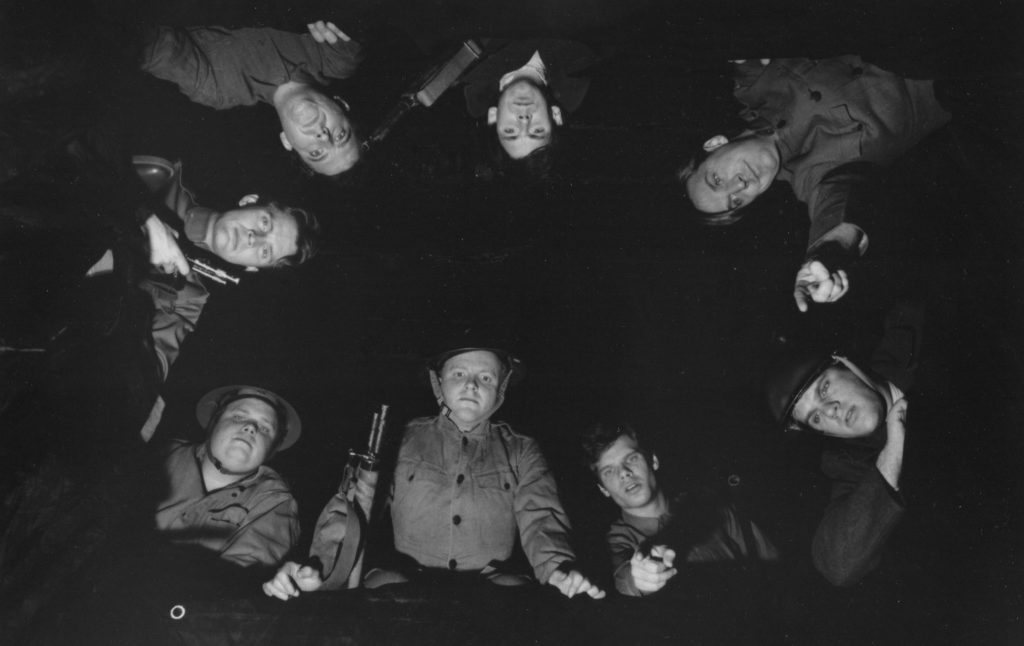 This play is the result of a common interest in theater, history and the remarkable Clara Barton, and sponsored by the American Red Cross Chapters in the St. Croix Valley, the St. Paul area and in Greater Minneapolis. Proceeds from performances helped the Red Cross prepare for its future while sharing its past. The play is set in the mind of Clara Barton, born Christmas Day, 1821 and died at 9 am, April 12, 1912. 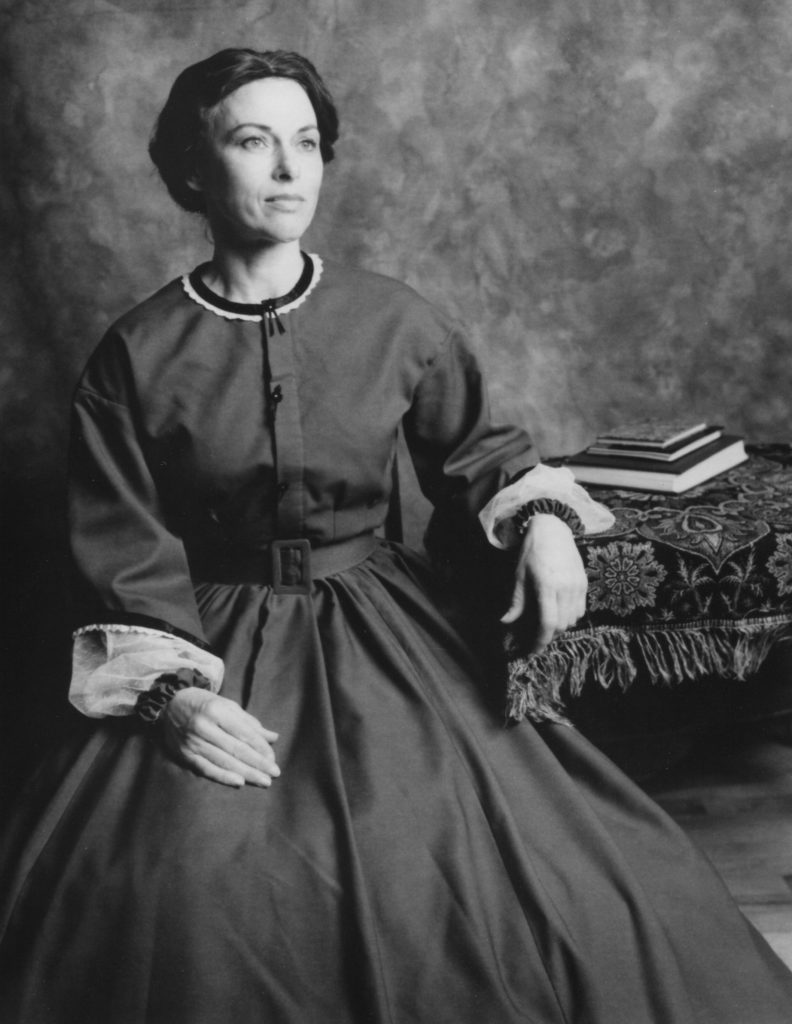 This country musical takes audiences right into the rodeo ring, where hearts and bones are broken and great dreams are either ridden to glory or reined to a standstill. Rough stock riders, barrel racers, clowns and rodeo queens tell us their secrets amidst the dust, blood and moonlight of one 24-hour span in the arena. From the high Sonoran desert, the piney ridges, and the big, dry, open plains, the cowgirls are riding in to ignite their own myths of the New West. The place is a rodeo in Sierra Vista, Arizona. The time is 1935 and the present.