This is a family musical about one-room schoolhouses. The play is set in a Minnesota one-room schoolhouse at the turn of the 20th century. Research assistance was provided by former teachers and students in Itasca County, the Twin Cities and South Dakota who experienced this educational environment first hand. 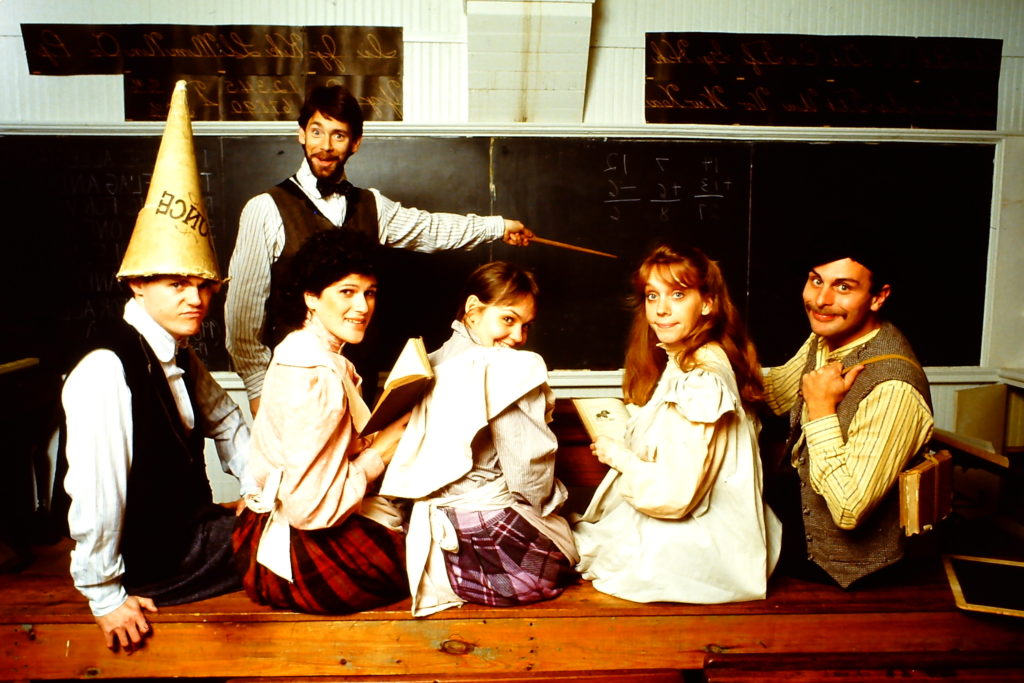 Comment
I was a year out of college and new to the Twin Cities when I was cast in my first show at the History Theatre. I grew up in Delaware and knew pretty much nothing about the history of Minnesota. Being a part of the History Theatre changed all that very quickly. That summer I learned about logging and lumberjacks, farmers and the Great Depression, Lutheran Swedes and Italian Catholics, and the powerful stories of women who came before me generations ago. All of this resonated deeply within me. With the History Theatre I had the opportunity to travel and perform throughout the Midwest. As an east coaster, I was enthralled with the great expanses of farmland and the small towns we passed through. I loved the beauty of the prairie. I still do. Over the years I’ve been a part of many new works. I’ve felt the responsibility of authentically bringing these stories and women to life. It’s amazing to look back on all these roles and realize how important they have been to my own personal development. From Mary in Let Heaven and Nature Sing to Sweet Land’s Brownie (and the cowgirl, prostitute, gangster moll, one room schoolteacher, Hormel girl and others that came between) I have been grateful and honored to tell your stories.

This was the second time in the annals of History Theatre that the organization concurrently offered two different productions in two different locations (A Servants’ Christmas and Logan Township #13). The first time that happened was six months earlier, during the Spring of the previous season (85-86) with two other plays (Speed and Down to Earth). 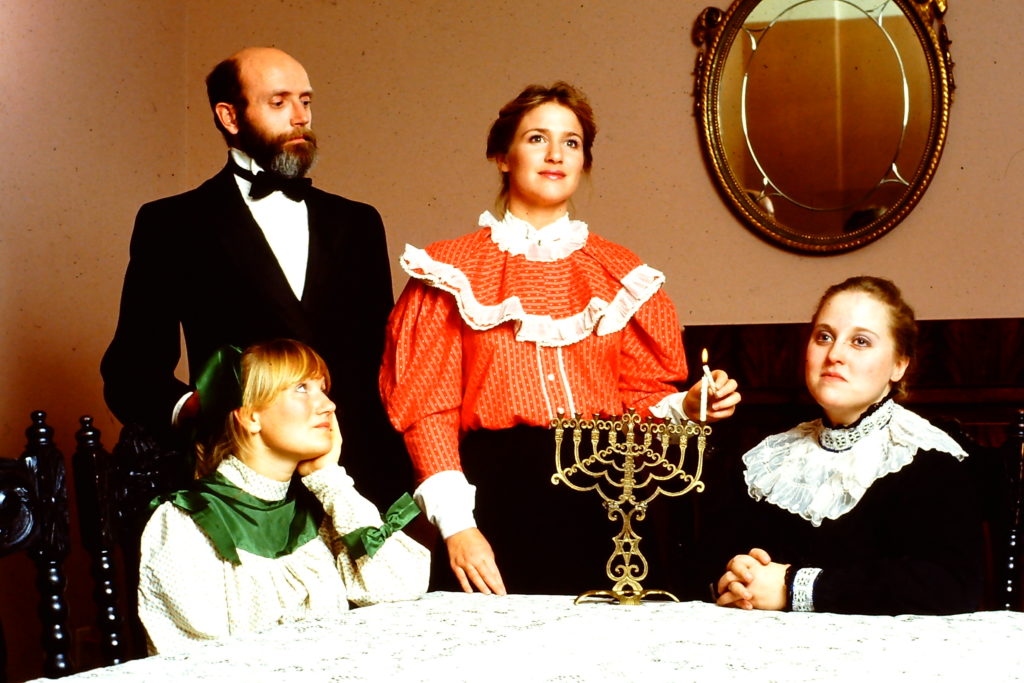 This production was presented at the Women’s Club of Minneapolis
in Minneapolis, Minnesota

Seven years after Lindbergh’s son is murdered, Europe is on the brink of war with Germany. At their Long Island home, Charles Lindbergh and his wife host a visit from an award-winning French writer, Antoine de Saint-Exupery (best remembered for having authored the novella, The Little Prince), who was also a pioneering aviator. The three examine Lindbergh’s past, present and future as a public and private figure. The play is set on an August weekend in 1939 and subsequent moments through 1944. 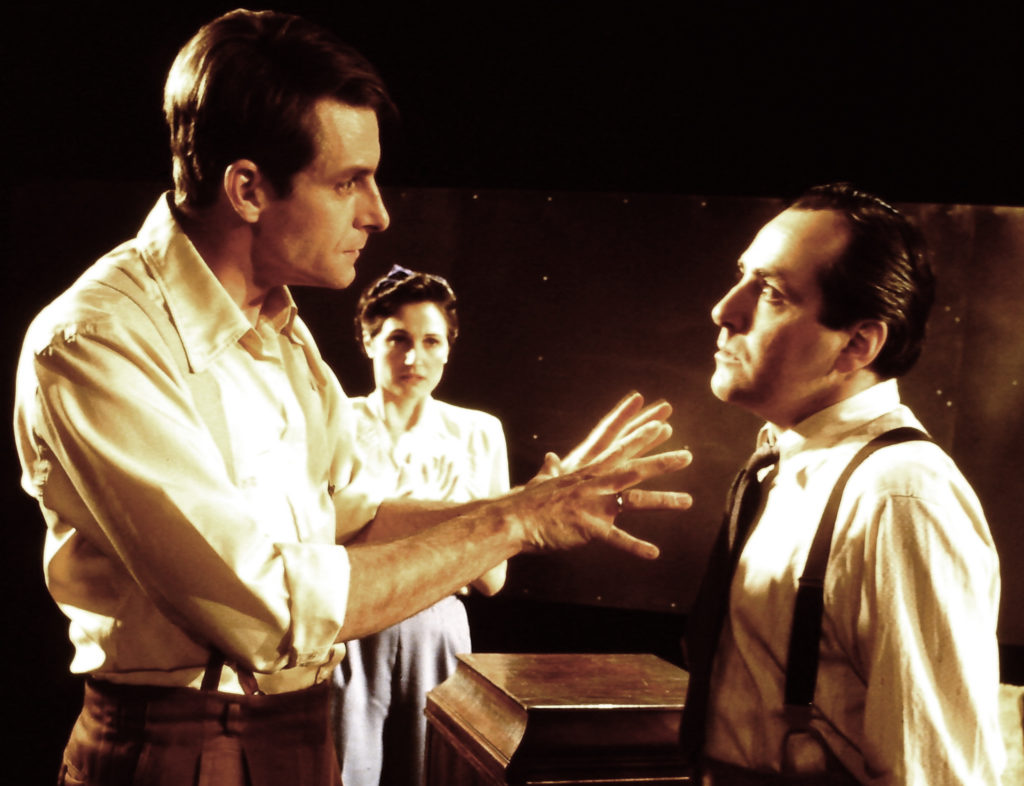 The action of the play occurs between August 17th and December 26th, 1862 in the Minnesota River Valley on the western frontier of the United States. The Native American groups involved, the Sisseton, the Mdewakanton and the Wahpeton, all parts of the Dakota nation, were often called Sioux. 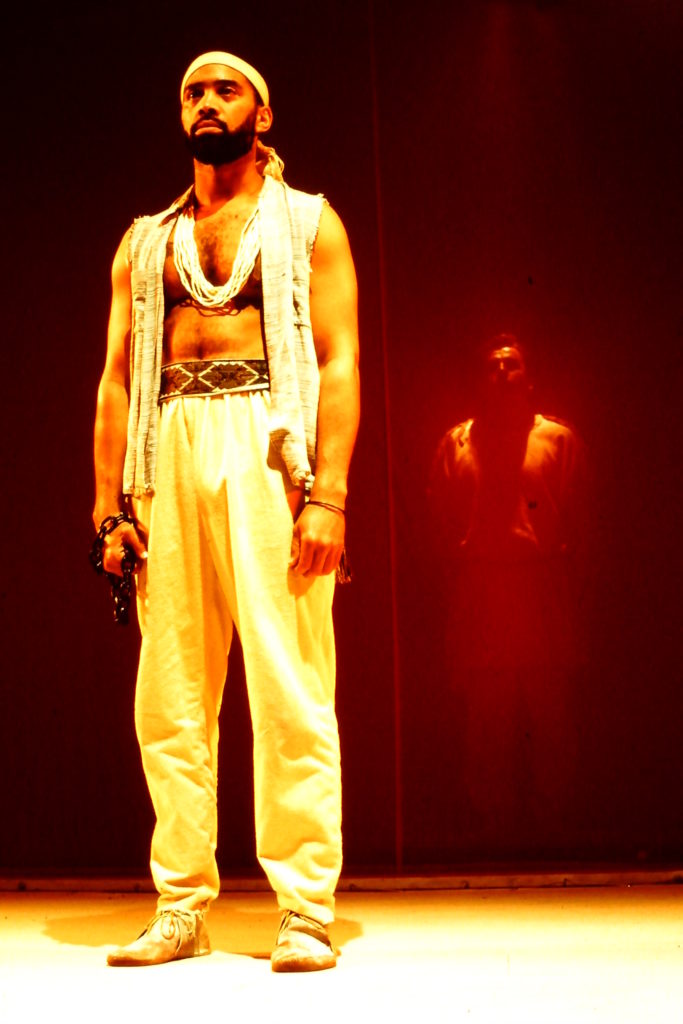