This play tells stories about the ghosts that have haunted and continue to haunt beautiful old Twin Cities mansions. It is 1946 at various sites in St. Paul. 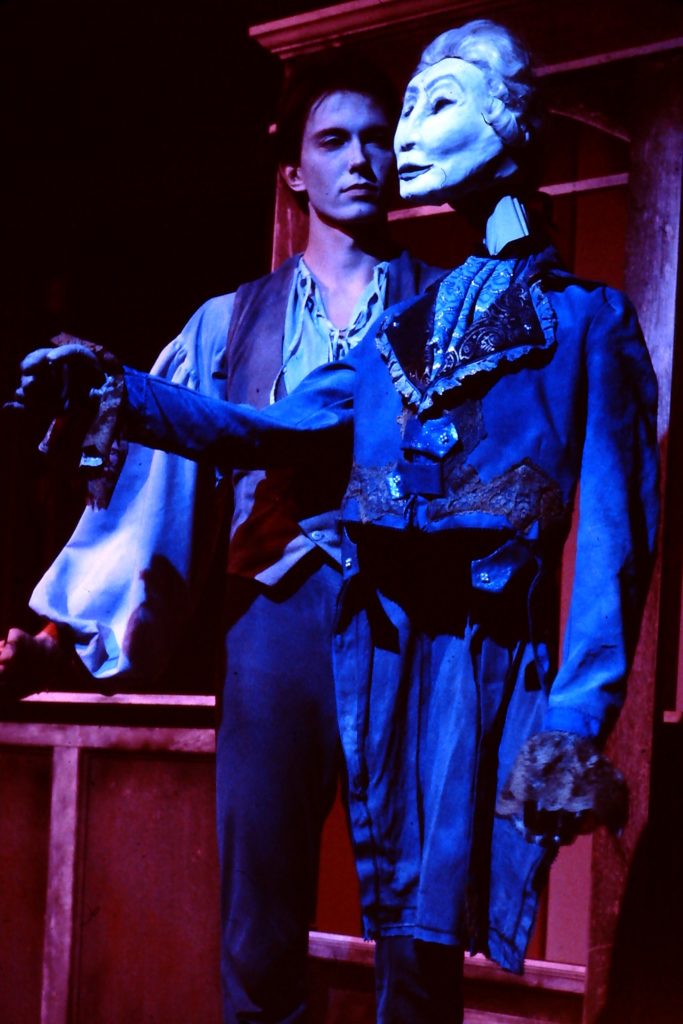 This production was presented at the Weyerhaeuser Auditorium in the
Landmark Center of downtown St. Paul

This play celebrates a time when live theatre was at the center of America’s entertainment industry and when stage actors were the equivalent of our television and movie stars. In St. Paul, theatre mogul L.N. Scott was the heart of the city’s business elite. The action occurs at the Metropolitan Opera House, just one of three theatres Mr. Scott owned and operated in the Twin Cities area. The time is December, 1897.

This production was presented at the Weyerhaeuser Auditorium of the
Landmark Center in downtown St. Paul

This is a one-man show about James J. Hill, told at two Christmas times in Hill’s life:  one when he was 48 years old (1887) and at the start of his railroad career, the other at age 77 (1915), when he was at the height of his wealth and power. Hill’s detractors called him a ruthless “Plunderer of the Prairie” and history labeled him “The Empire Builder.” The play reveals both the public and private lives of the controversial railroad tycoon, whose presence and vision dominated the Northwest’s most important years of settlement and growth. Act I of the play is set at the executive offices of the St. Paul, Minneapolis and Manitoba Railroad; Act II is set at the Hill home on Summit Avenue. 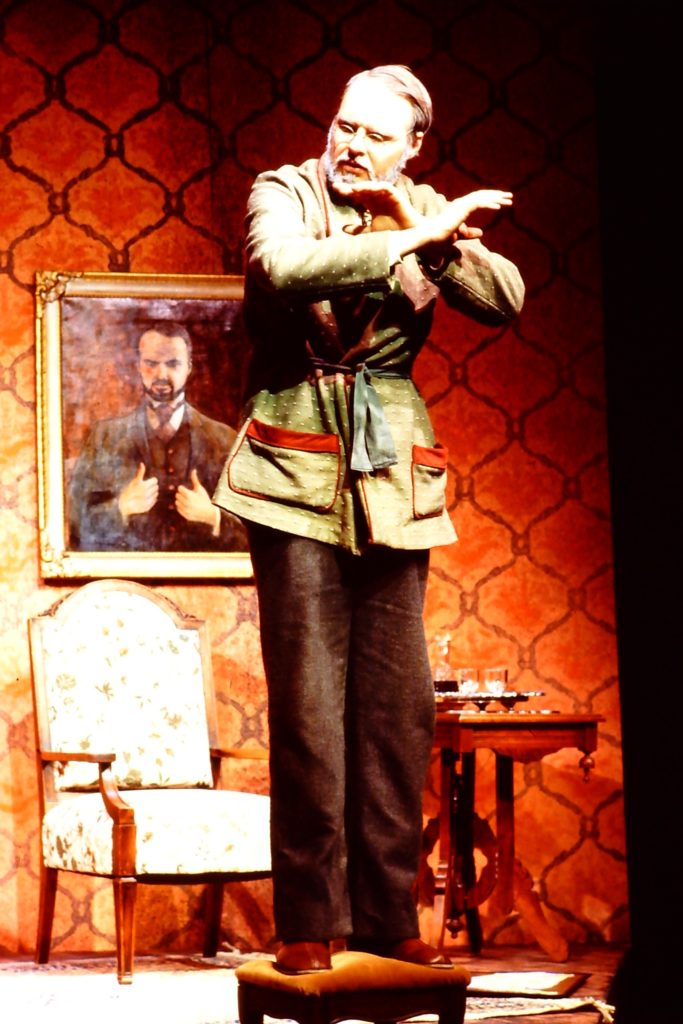 This production was presented in the Weyerhaeuser Auditorium
of the Landmark Center in downtown St. Paul

Down to Earth (World Premiere)
April 6-May 6, 1984
By Lance S. Belville
Music & Lyrics by Eric Peltoniemi

This production offers songs and stories about farm families who triumph over the challenges of the Great Depression – not who survived, but how they survived. Neighbors helped neighbors, families pulled together and communities invented ingenious ways to combine thrift and entertainment. The play takes place in and around a small farm in Western Minnesota between 1930 and 1940. All music and lyrics are by the composer with the exceptions of the music in the fourth dance number, known as “Life In The Finnish Woods” and the melody to “Lead On, Oh Franklin Roosevelt,” which was composed by Henry Smart.

Note: All lyrics and music by Eric Peltoniemi

This play was presented in the Weyerhaeuser Auditorium at the
Landmark Center in downtown St. Paul